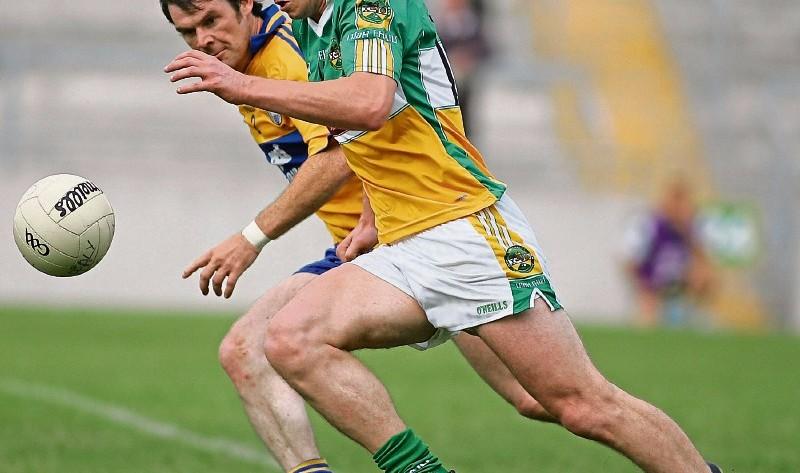 Yesterday, Rhode footballer and former Offaly star Pauric Sullivan sparked huge debate when he came out in defence of the Offaly team who had gone down 6-22 to 0-10 against Armagh at the weekend. The article garnered a massive reaction from fans commenting on our social media channels, and it is clear that supporters are divided on the issue.

Sullivan wrote: "To our own supporters, please give the guys a break. Offaly has a population of 75,000 people and has eight senior teams. Let’s get real with our expectations. 1971, ’72 and ’81 are gone. No comparisons to today. Serves no purpose. Players have full-time jobs, long commutes and other commitments. Lay off!"

SEE ALSO: Offaly footballer appeals for fans to 'lay off' after Armagh hammering

He also cited a vast difference in resources between the top teams and Offaly as a reason for teams like our own being left behind. Some fans, however, took a dim view of his call to 'lay off' the players who had been beaten by 30 points last weekend.

Damien Fox wrote: "Sorry now, no one expects Offaly to be winning Leinster titles but I think we can expect a team to at least compete. A 30-point loss against a bang average team in Division 3; if that's the mentality in the county we may pack it in."

David Farrelly agreed as he said: "Anyone from Offaly expects a well prepared team, committed players who to give it their all when you're on the pitch or off it. To say it's not the players fault is just laughable. It's not only the players who are at fault but they certainly are accountable. Not good enough."

"This is a complete load of rubbish. Making excuses about funding and population is just ridiculous. Offaly were playing another third division team and conceded 6 goals and 22 points. If they were playing Dublin, Kerry or Mayo, these excuses might be acceptable," Martin McCourtney said.

Sean Foy was particularly damning as he remarked: "The players have to take the blame for Sunday as well as management. The same players went out and scored 23 points against Antrim, and yesterday they let themselves and the county down. A very average team scored 6-22 against them. That's not acceptable. There's obviously no leaders in this team."

There were many fans who agreed with Pauric Sullivan and the sentiments of his comments yesterday. Kathleen Kate Conlon said: "I will not blame anyone or any group in particular. I feel it's a mix of many things but I do question the county board. I have always and will always support Offaly and I keep the faith forever."

"He is right - the game has changed completely for the worse and it's worse it's going to get as more and more players turn away from the game. Commitment is too much at inter county level. You just can't run an amateur game in what has become a professional set up," Seamie Egan responded to the comments on Monday, February 6.

Geraldine McGarrigle brought up the issue raised by Sullivan about the small number of senior teams the Offaly management pick from. "We are too small to be confining ourselves to picking players just from the senior clubs and most often only the two or three elite ones in the county. There isn't a club in the county at other grade levels that doesn't have at least one talented player, but they never get a look in. Just look at U21 team - St. Vincent's have three back to back county titles and only have three players on the team. Why? It's time to think and look outside the box."

Declan McGuinness pragmatically encapsulated both sides of the argument when he wrote: "Whilst I have no doubt the players do their best and I would not condone any abuse or excessive criticism, things are obviously not good in Offaly GAA. What are we as fans supposed to do? Stop caring? Take no interest? The population thing does certainly have relevance but that's not set in stone either. Kilkenny has a similar population to us and it hasn't stopped them from achieving, even if it is in one code."

"Anyway, I don't know the answers to it but I will never give up hope," he concluded.