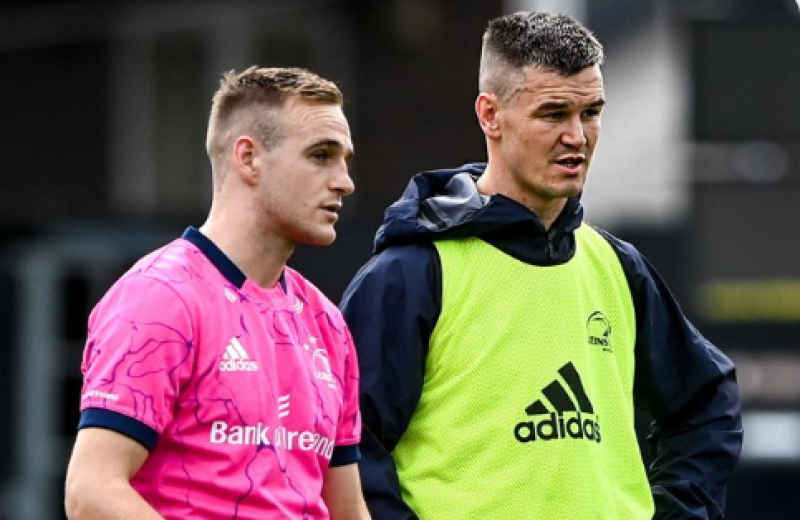 Leinster Rugby scrum-half Nick McCarthy has spoken publicly for the first time about his sexuality and announced in a statement this afternoon (Monday 20) that he was gay.

In an interview with leinsterruby.ie, McCarthy spoke about how he struggled with coming out for a while and how it was starting to impact on him and his happiness, adding that he was struggling so much that he contemplated leaving rugby, agonising over his future and unsure if he could ever come out.

"I suppose because it’s not really ‘a thing’. It’s not common for a male athlete to come out in sport, nevermind professional rugby, and it’s probably something that I didn’t want to believe or accept myself either.

"I needed to accept being gay myself before I could address it with others.

"I have great friends in rugby but I didn’t know how they would take it.

"My experience, since coming out though has been entirely positive. I have realised that anyone who cares about you, just wants you to be happy.

"I spoke to Leo (Cullen) and Stuart (Lancaster) last November and the support that I got from them straight away was unbelievable. They helped and guided me over the months that followed so that I felt more comfortable to come out to the group.

Speaking to leinsterrugby.ie head coach Leo Cullen shared his admiration for McCarthy and offered his and the club’s full support to the 27-year-old after his decision to speak publicly about his sexuality for the first time.

“Nick told us a while ago and the main thing when I talked to him first, was that it was great that he was able to talk openly to us.

“Nick is a brilliant individual and we are supportive of him. That’s the most important bit for me. We want to make sure that all our guys are able to maximise their ability and be able to bring all of themselves to Leinster Rugby while they are here.

| Scrum-half Nick McCarthy has spoken publicly for the first time about his sexuality.

He now hopes that sharing his experience will be encouraging and provide hope to others.

“To be at your best you need to make sure you are working hard but also it’s about being yourself and it’s important you’re not battling against being yourself. So doing what’s in your heart, I guess, so we are pleased that Nick has been able to come out with this news so he can start being more comfortable just being himself.”

Cullen also spoke about his belief that McCarthy can now offer hope and that he can be a role model to others.

“Nick has definitely had a battle going on in the back of his mind, and I’m sure there are other young people going through something similar.

“He will be an amazing role model to people because he’s a great person in the group. He’s very popular in the squad.

“We just want what’s best for Nick but he’s going to be an amazing role model, we hope, to lots of young people out there.”

Ahead of his departure to New Zealand with Ireland, Leinster Rugby club captain Johnny Sexton also offered his full support to his teammate.

“I've known Nick since his time in the Academy so to hear him talk to us so openly about his struggles has been tough but we are now just delighted for Nick and that he can be himself.

“We talk about looking after our brothers a lot in here and the last few months has been about that, looking out for Nick. And that will continue.

“By speaking openly about his sexuality, Nick will be a role model for others and we couldn't be prouder of him.”