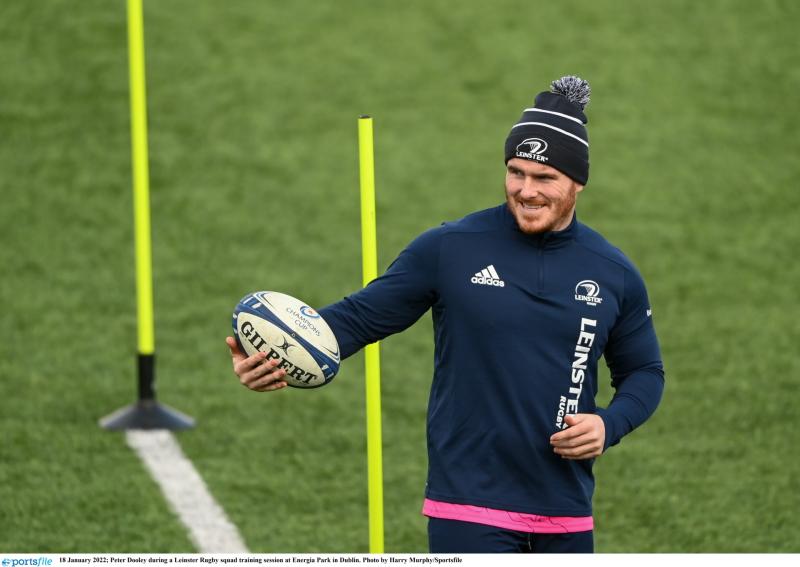 Head coach Leo Cullen has named his Leinster Rugby team to take on Cardiff Rugby at Cardiff Arms Park on Saturday in the United Rugby Championship.

Birr man Peter Dooley has been named among the replacements as he looks to earn his 96th cap for the province while Academy second row Joe McCarthy is included in the starting XV after a string of impressive performances for Dublin University in the Energia All-Ireland League recently.

McCarthy, a former Blackrock College student, will be partnered on his first outing in the second row by Leinster Rugby appearances record-holder Devin Toner who extends his record to 272 games for the province.

Ahead of McCarthy and Toner, Ed Byrne, Seán Cronin and Michael Ala'alatoa make up the front row while Rhys Ruddock, Will Connors and Scott Penny complete the pack.

The side will be captained by Luke McGrath, partnered in the half-backs by Ross Byrne whose recent 19-point haul against Montpellier took him above 700 points in a blue jersey.

There's an all-Youths pathway pairing in the centre with Ciarán Frawley and Jamie Osborne manning the midfield.

Jimmy O'Brien, Heineken Star of the Match last weekend against Bath, switches from the wing to full-back where he will be flanked by Adam Byrne and Rory O'Loughlin.