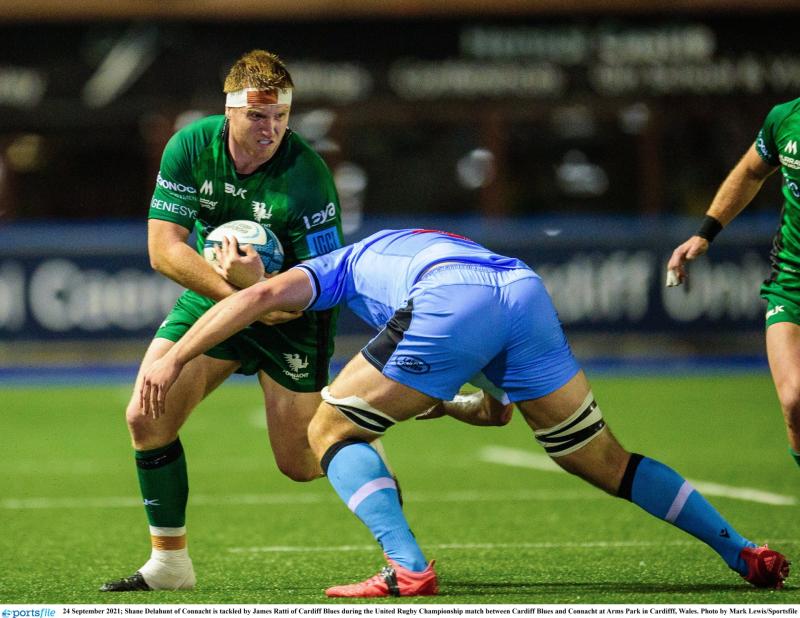 Birr man Shane Delahunt will line out as hooker for Connacht in their team to face Stade Francais in the final Heineken Champions Cup pool game away on Sunday.

While qualification to the knockout stages could be secured before kick-off, Andy Friend and his coaches have still selected a strong side who will be looking for their second win of the campaign away from home in Paris.

There are two changes among the forwards from the side that started against Leicester last week, with props Jordan Duggan and Greg McGrath coming into the team. They’re joined in the front row by hooker Shane Delahunt, while Oisin Dowling, Niall Murray, Cian Prendergast, Conor Oliver and Jarrad Butler make up the rest of the pack.

There are four changes in the backs, with Caolin Blade, Mack Hansen, Tom Farrell and Alex Wootton all named in the starting XV. Jack Carty again captains the side from out-half, Sammy Arnold moves from 13 to 12, and full-back Tiernan O’Halloran is retained for his 199th Connacht appearance.

Commenting on the team selection, Head Coach Andy Friend says: “For us we’re not thinking about results elsewhere. All we’re focused on is going to Paris, take what we learned from last week and hopefully finish our Pool stage on a high. If we can do that then we can celebrate a great achievement of reaching knockout rugby in this competition.

"With dry weather and their 4G pitch it’s looking like it’ll be a fast-tempo game, so we’ve selected a side that reflects that.”

The game will kick off at 1pm on Sunday at the Stade Jean-Bouin.

See the full Connacht squad for the game below: