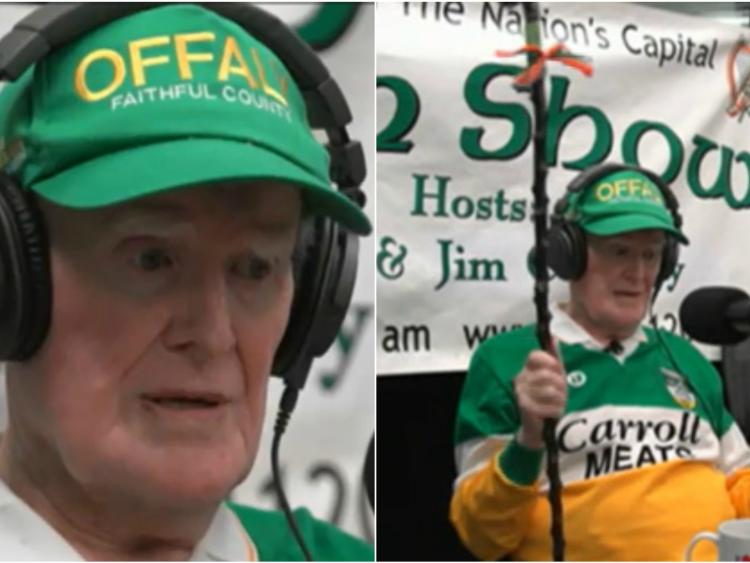 Offaly native Pat Troy, a famed Irish radio host in America, has passed away, aged 76, just days after being the grand marshall along with his wife Bernadette at the Alexandria, VA, St. Patrick's Day parade.

Troy, who is originally from Kilcormac, Co. Offaly, was born in 1941, but moved to Washington in 1962 and is actually credited with starting the St. Patrick's Day parade in the city. He has always been a proponent of all things Irish in America, and ran a local radio show called 'The Irish Show' for more than 45 years until June 25 last year when he signed off for the final time.

He opened his show every Sunday with a rendition of A Nation Once Again by the Ballinamere Céili Band from Offaly. He even presented his final ever show in a vintage Offaly GAA jersey and hat, emblazoned with the words, 'Faithful County.'

Pat owned the Ireland's Own Bar in Alexandria, Virginia, an establishment once visited by US President Ronald Reagan in 1988. The President was greeted at the door by Pat wearing the full Offaly colours. He even enjoyed a pint of Guinness in the pub.

Reagan later rang in to Pat's radio show one Sunday morning, in which he said: "This is Ronald Reagan. Top of the morning to you."

"We do enjoy your programme and more importantly we appreciate the things that you've done for your adopted country, Pat, as well as the contributions Irish-Americans have made to our country," Reagan continued.

Pat's death has sparked widespread tributes, including from the Mayor of Alexandria, Allison Silberberg, who tweeted on Thursday: "It is with deep sorrow that I report Alexandria living legend, prominent business leader, and founder of our St. Patrick’s Day Parade, Pat Troy, passed away this morning. Pat helped many people and had a lasting impact on Alexandria. He was a dear friend and will be sorely missed.”

Pat Troy was recognised by baseball teams, the church, rubbed shoulders with Presidents and even Pope Francis, but through it all, he wore his Offaly heritage as the biggest badge of honour of all.

Funeral arrangements are unavailable at this time.