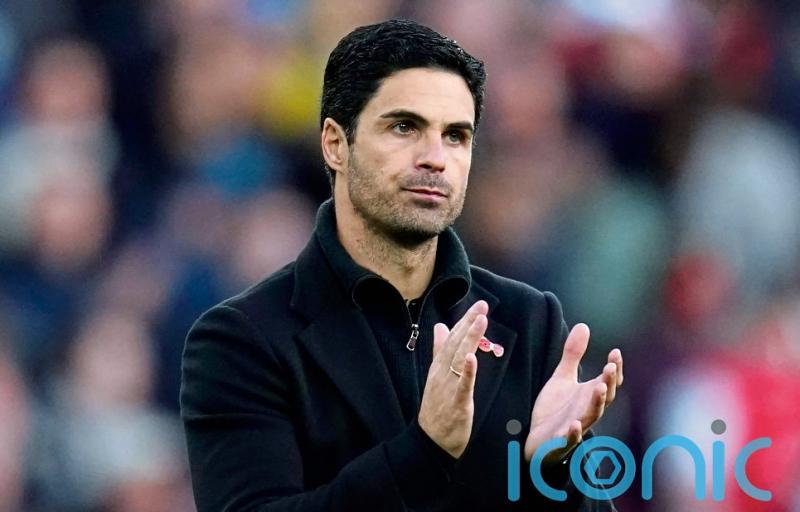 Mikel Arteta insists Arsenal can still attract the world’s best players as the club continue to be linked with a move for Fiorentina forward Dusan Vlahovic.

The Gunners sit fourth in the Premier League as they look to qualify for the Champions League for the first time in five years and travel to Liverpool on Thursday for the first leg of their Carabao Cup semi-final.

Despite consecutive eighth-place finishes in the last two seasons and missing out on Europe entirely this term, Arsenal were the highest spenders in England during the summer transfer window as the likes of Aaron Ramsdale, Ben White and Martin Odegaard arrived at the Emirates Stadium.

There has been much speculation in recent weeks about interest in Serbia international Vlahovic, who has hit 16 goals in 19 Serie A appearances this season.

Asked directly about a move for the 21-year-old, Arteta replied: “I’m really sorry to disappoint you but you know that I’m not going to be discussing any transfer rumours. I’ve never done it and obviously we cannot do it.”

Arteta was more open when asked about the transfer window in general and stressed his belief that, despite not being in Europe, Arsenal remains an attractive destination for elite players.

“You hear a lot of rumours, like you hear about us,” he said.

“Some of them can be possible, some of them are not even considered. I think clubs are always willing to try to improve.

“We know that there are a couple of clubs in England now that have the possibility to buy players in January. Some of them have already done it. I am expecting more activity than last year because clubs are in a better position, but I don’t know how far we have come still through this pandemic.

“Every time I have spoken to any player, they were so willing to come. I haven’t faced any other situation and that’s one of our biggest powers.

“Our capacity to get the attention of people to come and join our club is something that is an advantage for us.”

Takehiro Tomiyasu, Emile Smith Rowe and Granit Xhaka will be assessed ahead of the trip to Anfield with the latter recovering following a positive coronavirus test last week.

Arsenal crashed out of the FA Cup at Nottingham Forest on Sunday and it remains to be seen who keeps their place from the 1-0 loss.

Eddie Nketiah was handed a rare start in attack but had a quiet afternoon as speculation over his future rumbles on.

The 22-year-old is out of contract in the summer and has been linked with a move to Crystal Palace in the current window – something Arteta does not see happening.

It remains to be seen if Nketiah will keep his place for the game at Liverpool, having hit a hat-trick in the quarter-final win over Sunderland.

Thursday’s game should have initially been the second leg of the semi-final but has reverted to the first, with last week’s meeting at the Emirates called off following a string of positive Covid cases at Liverpool.

It has since been confirmed the majority of those were false positives but Arteta remains unmoved by the changing challenges Covid has brought to the game.

“It’s something that is not in our control,” he said. “The EFL is responsible to check every single player’s status and then make the decision whether the game is played or not.

“The decision was to postpone the match and I’m sure if that was the case, then they had the right arguments to do so.

“We just trust that every test is going to be as reliable as possible. It is always going to be a percentage that might get the results wrong.

“First of all, you have to trust the people who do it, that it’s done in the right way and that we have the right equipment or the best possible equipment that we have and after that, it is difficult to judge.”