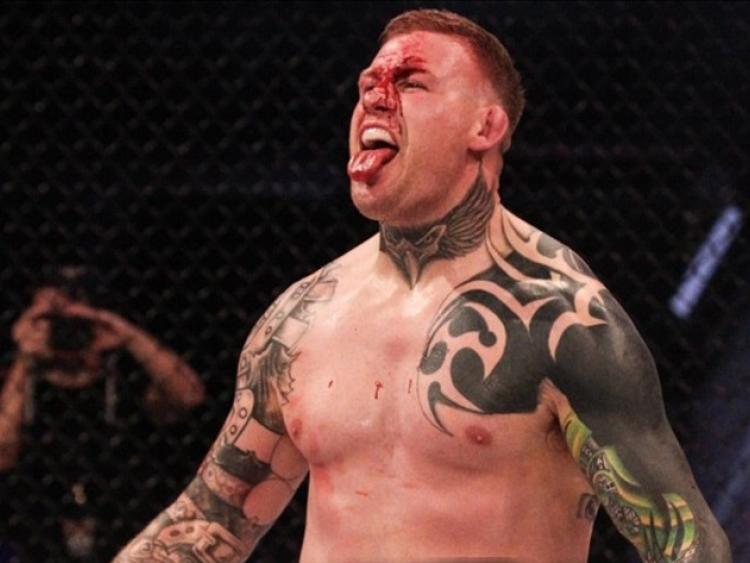 Charlie Ward after his fight at Bellator 187.

Laois MMA fighter Charlie Ward has challenged world famous rapper 50 Cent to a fight, after his victory in Bellator 200 over Mark Hudson.

Ward overwhelmed Hudson in the first round of his bout with Hudson, who was a late replacement, and afterwards he called out the musician and businessman. "50 Cent is running his mouth, he's here tonight, he's saying he's a promoter, he's saying he's a fighter, he'll fight Conor (McGregor) in a street fight. He's more my stamp, 185, if he wants to come in to Bellator and fight, I'll fight him, and that's it."

Ward's commens certainly caught the attention of those present, although it remains to be seen if 50 Cent (real name Curtis Jackson), who rose to fame with hits 'In Da Club', 'Window Shopper' and 'Candy Shop' and was famously shot nine times, will accept the challenge laid down by the Mountmellick man.

Speaking of the victory he had just secured, Ward also felt more comfortable now that he was back fighting at his natural weight, having slimmed down to fight in the UFC. "I went to the UFC, I cut too much weight - this fat kid can fight, 100%. I'm meant to be 185, I went to 170, cutting the boll*ks out of myself, and I got knocked out.

"I can run against that wall in the gym and not get knocked out, and cut the weight and get all the water off my brain, and that's what happened."