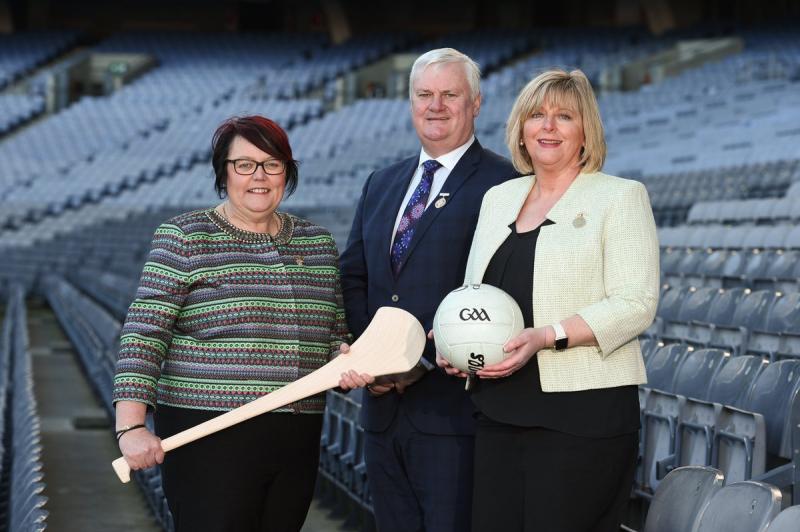 The proposed memorandums seek to establish stronger links between the three organisations and are the result of over six months of separate discussion by the GAA with both organisations.

The memorandums will become effective only when they have been approved by the Central Council of each organisation. In the case of the Camogie Association, a proposal to approve the memorandum will be discussed at its meeting on Wednesday March 14th, by the GAA on Saturday March 24th and by the LGFA on March 26th.

The memorandums reflect the shared vision of the three organisations for a new overall organisational model within which the games, ideals and aspiration of all three Associations are equally developed and promoted. They recognise areas of common interest and give the Camogie Association and the LGFA representation on GAA committees, and vice versa. The memorandums have been drafted to a similar template but differ in that they reflect the different stages that the organisations have reached in discussions on developing a new relationship.

While the proposals in these memorandums aim to strengthen the links within the family of Gaelic Games at national level only, they also commit the three organisations to explore a framework for further integration at provincial, county and club level.

Uachtarán Chumann Lúthchleas Gael Aogán Ó Fearghail said: “I am delighted to confirm that draft Memorandums of Understanding have been agreed with both Cumann Camógaíochta and Cumann Peile na mBan and the closer worker relationship that these arrangements will give rise to is to be warmly welcomed.

“We are all part of the same Gaelic games family and although we have our own identities within that family, we have so much in common.

“Working together we can truly claim to be a fully inclusive family organisation offering a sporting and cultural outlet for all members of the family.

“I’d like to acknowledge the co-operation of both organisations for the progress we have all made and I look forward to all three organisations working together in the months and years ahead.”

Speaking at the announcement, Ladies Gaelic Football Association President Marie Hickey said: “We are hugely enthused by these developments, which will foster an even stronger working relationship with the GAA.

“We have been engaged in detailed discussions over a prolonged period of time and we are now pleased to bring this proposed memorandum to the table.

“We have increased co-operation with each other at national level over the past number of years and we will effectively pool and use the resources available to our great Associations.

“The LGFA will soon reveal details of its new strategic plan, mapping out the future of our sport up to 2022.

“Working together in even greater harmony with the GAA will play a key role in our future plans.”

“The Camogie Association enjoys a long and historical relationship of co-operation and collaboration with the GAA and this Memorandum of Understanding provides the basis to further strengthen and formalise this relationship.”