Kilbeggan confident of another successful year in racing 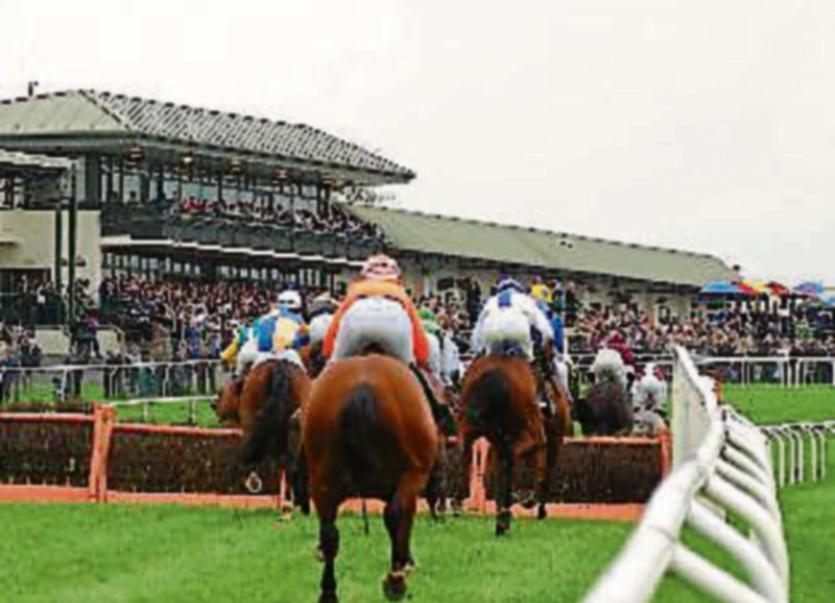 This time of year is the busiest for National Hunt racing in Ireland with the Fairyhouse Grand National meeting and Punchestown Festival on the horizon.

It is also the return of the midland’s most popular summer social event, the Kilbeggan races. Between now and  September eight race meeting’s will take place on the very popular track commencing this Friday, April 21 at 5pm.

Racecourse Manager Paddy Dunican stated, “Last year was an outstanding year for us. We have pursued a very vigorous marketing campaign to grow our business and we have experienced a significant number of new people coming to Kilbeggan for the first time. Our biggest growth in attendance is coming from group bookings from local social clubs, and business bringing their customers for a day out."

Paddy noted the success of last year’s race meetings “We are looking forward to a great new season of racing with eight race meetings planned from now until l next September.”

Further development works have been carried out on the track which creates a much better racing surface for the horses and jockeys.

This week marks a special occasion for Kilbeggan Races as exactly 100 years ago the first world war raged in Europe and it looked like Kilbeggan races would not take place. However a telegram was received on May 7, 1917 to Tommy Kelly, Secretary, from Paddy Cullinane MP in the House of Commons, gave permission to proceed with the races. At that meeting the famous Shaun Spadah, winner of the Aintree Grand National in 1921 (and 3rd in 1923), won the Loughnagore Chase, with All Sorts in 4th place. The latter is now famous as the winner of the Irish Grand National on Easter Monday 1916, because he had to walk home all of 60 miles to Streamstown, due to the  the Easter Rising. Another interesting person who attended the races was Lady Margaret Nelson, Gartlandstown, who became the first woman to own the winner of the Aintree Grand National, when Ally Sloper won in 1915. It was an interesting day at Loughnagore!

At the race meeting on May 4, 2012 a horse called Cause of Causes won the maiden hurdle at Kilbeggan. After winning his first race at Kilbeggan, this horse has now won over €650,000 including three successive years at Cheltenham –National Hunt Chase 2015, Kim Muir Chase 2016, and the Cross Country Chase in 2017, each time ridden by Jamie Codd and trained by Gordon Elliott (the horse was also second in 2014). This outstanding horse just last week was second in the Aintree Grand National to the Scottish horse One for Arthur. His stablemate Tiger Roll owned by Gigginstown Stud, won a novice chase at Kilbeggan in June 2016 and also won twice at Cheltenham in the Triumph Hurdle in 2014 and this year in the National Hunt Challenge Cup ridden by Lisa O’Neill.

The first meeting of the year has a unique history in that it brings out people from the winter wilderness to a specialist jumping racecourse creating the opportunity to meet up with friends, family, neighbours, racing buddies, visitors, and perhaps a few strangers, who might become friends. Admission is Adults €15, Students & OAP’s €12, plus discount for groups and children under 16 free. There is also a Special Discount Summer Party Pack for €22- you get admission, a Free Race Card ,€5 Drink Voucher, and €5 Food Voucher.

Make sure to be early for the opening maiden hurdle in case there is another Cause of Causes in the field, who will go on to win at Cheltenham or Aintree. Don’t forget - the first race of 2017