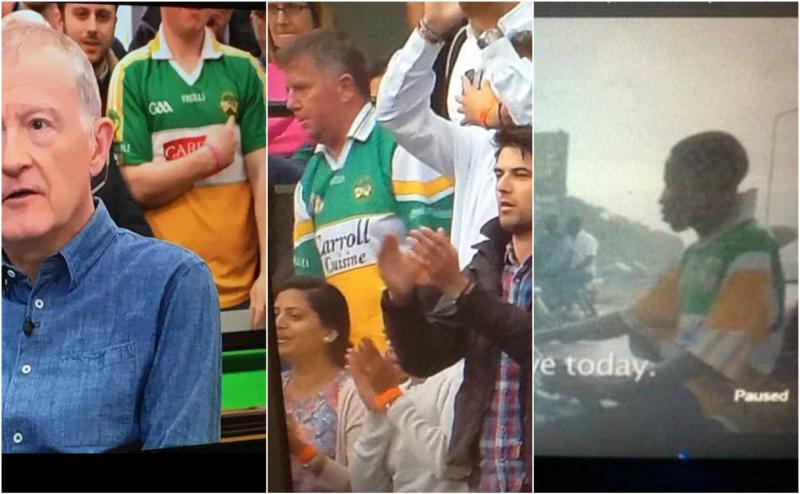 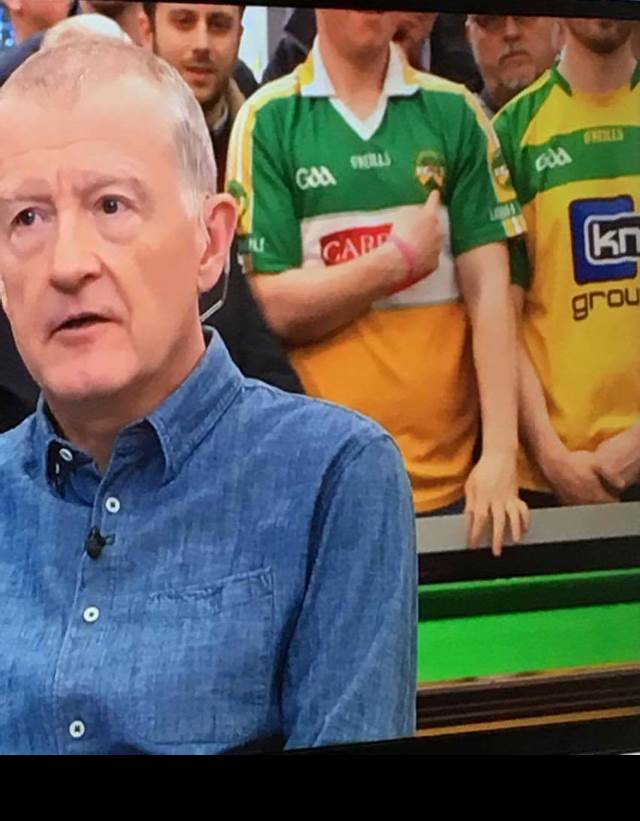 Our most recent foray into random GAA jersey folklore - This Offaly man turned up at the World Snooker Championship in Sheffield wearing his Faithful colours. He even took the liberty of pointing out the Offaly crest for the presumably bemused BBC viewers. Himself and his Donegal mate may have barged their way to the front of the gathered crowd to listen to snooker legend Steve Davis' analysis of the competition, but we suspect they might just have wanted to show off their GAA pride.

SEE ALSO: The 10 types of supporter you'll meet at every Offaly GAA game

2. A Netflix documentary about African oil 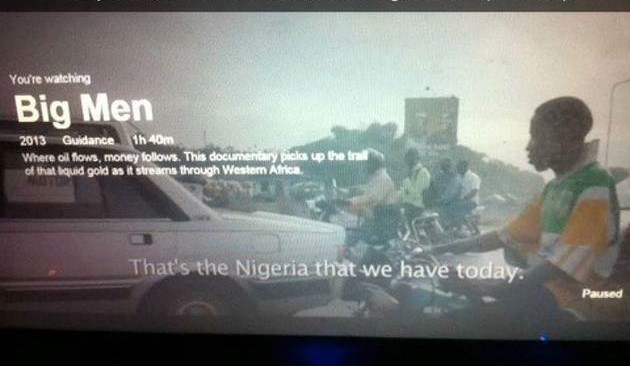 A jersey once seen on the backs of the 1998 All-Ireland hurling champions - somehow ended up here in a teaser for a 2013 Netflix documentary about oil money in Western Africa. Little did this guy know he was actually wearing a piece of Offaly GAA memorabilia from the year we lost a semi-final and still won the All-Ireland.

SEE MORE: THROWBACK THURSDAY: The year we 'lost' a semi-final but won the All-Ireland 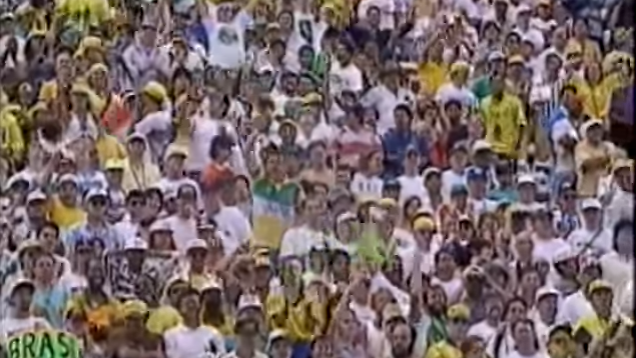 USA 94' was a good World Cup for Ireland. We emerged from our group and landed a place in the Round of 16. The Netherlands gave us the runaround in that game, beating us 2-0, and they went on to face the eventual winners Brazil in the quarters. That classic encounter ended 3-2 to the Brazilians, but in the 60th minute, a Bebeto goal to put Brazil 2-0 up was followed by hysteria in the stands. In the madness, what appears to be a man in an Offaly jersey leads the celebrations. It was a good year for Offaly as well as Brazil, as we went on to win the 1994 hurling All-Ireland against Limerick. 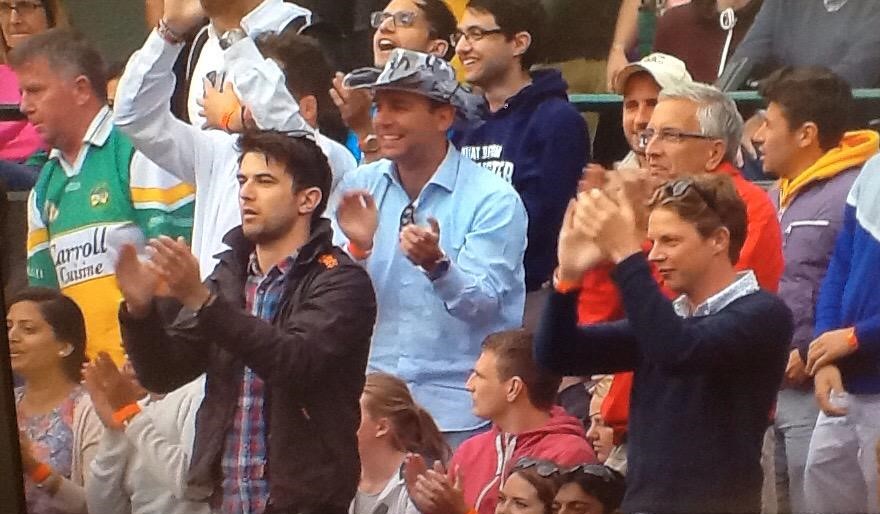 If ever two men were complete opposites, it is this Offaly gentleman and the guy in the navy jumper at the front of this photograph with sunglasses on his head. Throw in the Joe Gatto lookalike in the leopard print cowboy hat (who we hope is also from Offaly) and you really have an unconventional group of Wimbledon stadium goers. Apparently Offaly jerseys are a regular fixture at the plush tennis championship in London - what can we say? We are a refined and cultured bunch all the same. 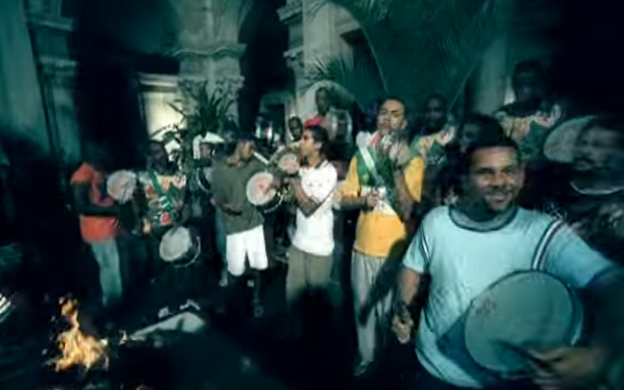 How this Offaly jersey ended up in the music video of a collaboration between hip hop artists Snoop Dogg and Pharrell, we will never know, but it does show our county's affection for having the absolute craic. The jersey looks like another of the 1998 vintage - a good All-Ireland winning year where everybody was on the Faithful bandwagon. Doubts have been cast over this jersey appearance and its authenticity, but nonetheless, we'll claim it as our own. They're the right colours, at least!