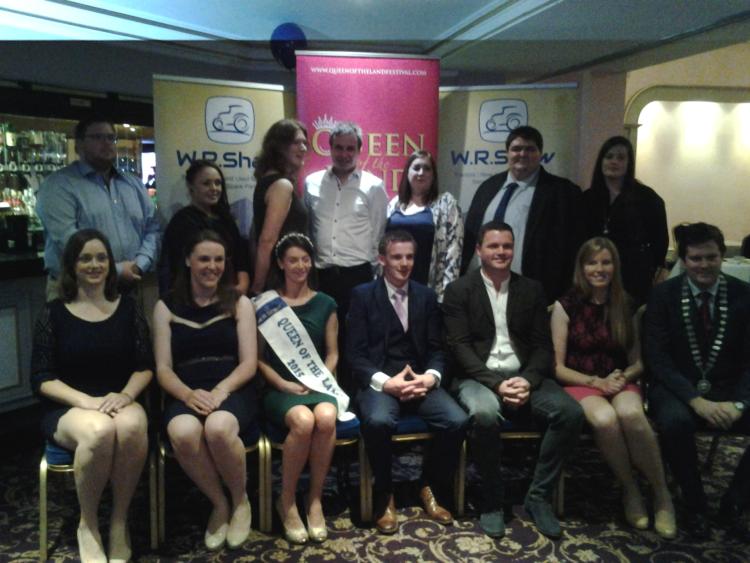 A fantastic programme of events is planned for the 2016 W.R. Shaw Queen of the Land Festival which was officially launched in the Bridge House Hotel, Tullamore on Saturday, October 15.

This year’s festival has 32 Queens competing for the title of W.R. Shaw Queen of the Land 2016 including representatives from Scotland, England and Northern Ireland. The festival will attract visitors from all over the country and beyond to Tullamore on the weekend of Friday November 11 to Sunday November 13, 2016.

SEE ALSO: Packed weekend for Queen of the Land Festival in Tullamore

Speaking at the launch the Chairman of the Committee, Ger Mahon said, “We are delighted to have W.R. Shaw back as the main sponsors of the Festival and we extend our sincere gratitude to them for their continued support and commitment to the Queen of the Land Festival.”

He continued, “We are also delighted to have the Irish Farmers Journal on board again this year as our media partners and we thank them for their coverage of this year’s festival. In addition, we would like to thank all of our associate sponsors for their generosity, support and loyalty to our Festival.”

Founded in 1964 the festival has gone from strength to strength and this year’s 52nd Festival will be no exception. “We have pulled out all the stops to ensure that the 2016 W.R. Shaw Queen of the Land Festival is the best yet with a superb line-up of entertainment for this year’s festival you won’t be disappointed”, said Mr Mahon.