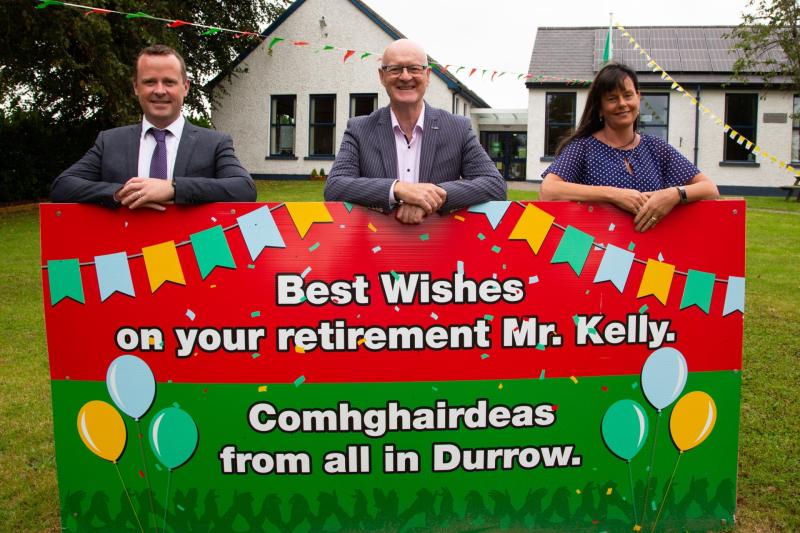 Frank Kelly, in centre, with new Principal James Hogan and Board of Management Chairperson, Mary Daly

After 17 years of dedicated service, Scoil Naomh Colmcille and the community of Durrow bid “Slán go Foill” to Mr. Frank Kelly on his recent retirement, as principal of Durrow National School.

Due to Covid 19 restrictions, we could not mark the occasion in the manner he deserved. But his departure did not go unnoticed. On the last day, before the summer holidays the staff and pupils congregated in their bubbles outdoors and performed a medley of meaningful songs and traditional Irish tunes.

At home time, the Durrow community came together to show their support in a fun and heartwarming drive-by. Durrow flags flew high as parents, pupils and past pupils drove past wishing Mr Kelly well. A great sense of both excitement and sadness was evident in Durrow as the children faced into their summer holidays and Mr. Kelly locked the school for the last time, as staff lined the path and applauded.

He was overwhelmed by the cavalcade and good wishes he received.

Frank’s dedication, loyalty and commitment to the school and community has to be admired. He totally invested himself in the school and made it what it is today. The staff and school population has tripled in the years since he assumed principalship.

The school building and surroundings are the envy of many as a new hall and a number of new classrooms were built to accommodate the growing numbers. We also have an all-weather surface at the back of the school, dedicated play activities for the junior classes and advanced technology to cater for our digital school.

His creativeness, innovative thinking, kindness, warmth and enormous leadership role has left a lasting impression on many lives. It is also worth noting that Frank’s fun loving personality ensured there was never a dull moment and made Durrow N.S a wonderful school to work and learn.

Frank’s grá for traditional Irish music, song, sport and poetry will leave a lasting impression on Durrow school. As a mentor, he gave understanding, he provided reassurance and advice. As a colleague, he brought out the best in his staff and as a teacher,he brought enthusiasm, fun and instilled a love of learning, which helped shape many careers and successes.

Frank’s legacy however is being left in capable hands. Mr. James Hogan takes over at the helm. James, a staff member of Durrow N.S., was appointed as the new principal and will assume the role from September 1.

Frank’s leadership and guidance will be truly missed. His contribution to the school can never be measured. It is with heavy hearts the school sees him go, but he won’t be a stranger and will always be welcomed back to Durrow School. Go n-éirí an t-ádh leat Frank, from all in Durrow!! 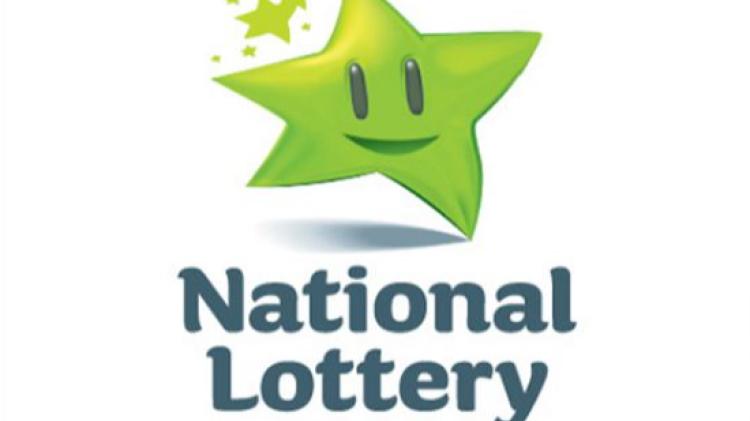