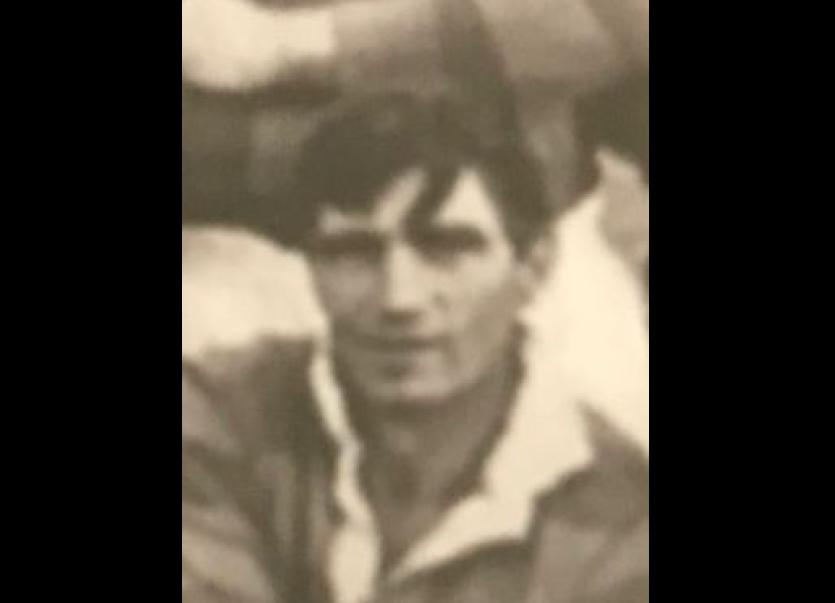 The late Jim Keegan in his playing days with Durrow

TRIBUTES have been paid to the late Jim Keegan, Benburb St, Tullamore, whose death occurred recently.

Widely known in the area as a “pure gentleman”, the deceased had a distinguished playing career with Durrow GAA whose members formed a guard of honour at his Funeral Mass.

In a tribute the club said: “The late Jim Keegan was an outstanding footballer for Durrow for the best part of 20 years. Starting in the 1950s Jim played right through the 60s and into the mid 70s. He was a terrific centre back who was the backbone of his club for years. In the late 50s he got a few games with Offaly but it was for his contribution to his club that he will be most fondly remembered. Junior football in Offaly at the time was very competitive with no Intermediate grade.

“Durrow, then known as St Columba's had years of heartbreak in the 60s when they were beaten by the eventual winners in a knockout championship for six years in a row. Jim was at the heart of the defence for all those battles. Redemption finally arrived in 1969 when Jim finally got his cherished medal when Durrow won the Junior Football Championship. Jim then played senior for the club for 4 years finishing his career at full back. Jim was also an accomplished hurler where he also played in the backs for many years.

“Not the biggest man Jim was teak tough from his years in the building trade. He was always very fit and was rarely injured. All who had the pleasure to play with Jim or watch him play will forever remember a wonderful player and a pure gentleman.

Jim passed away peacefully at Tullamore Hospital and the Funeral Mass was celebrated in the Church of the Assumption. Deepest sympathy is extended to Jim's wife Ann, daughters Ann-Marie and Emer, son Seamus, grandchildren James, Emillie, Sinead and Donal, son in law Shane. Aoife and Carmel, his brothers, sisters, brothers in law, sisters in law, nieces, nephews, relatives and many friends.

OPINION: How the Offaly senior footballers fared in 2021