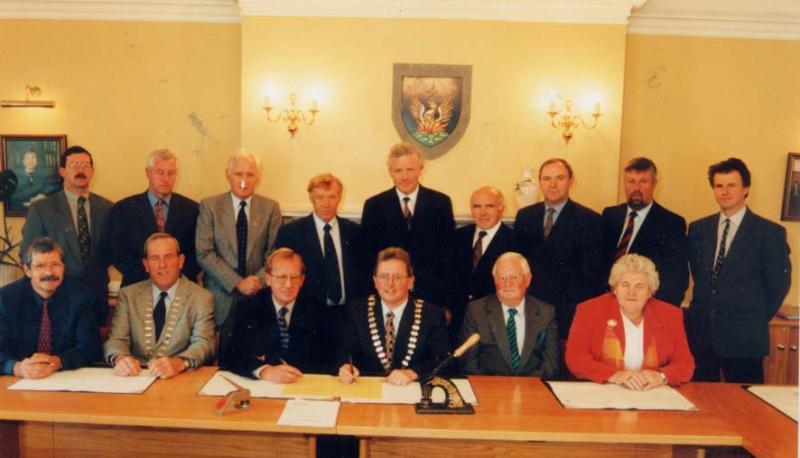 Councillor Sean O’Brien said she was quite a number of years on the town council.

"She gave great service to the council and she was also a great community activist. She was very much involved in the residents association in Pearse Park, O’Molloy St, Marian Place and other areas of the town. She was involved with the charity shop on Patrick Street, and with the Lan Elo Housing Project and housing for the elderly. For a woman in town at the time, a housewife rearing her family she gave a great amount of time to the community as well. It’s important we recognise that here today," said Cllr O’Brien.

Cathaoirleach, Councillor Tony McCormack said he would like to be associated with "all those remarks. She gave herself to the community and raised a family at the same time. She was a very good woman and may she rest in peace," said Cllr McCormack.

Councillor Neil Feighery, described Anne O’Toole as a 'trailblazer' in her day. "At a time when not many women were involved in politics. She definitely paved her own path and did huge work for the community," said Cllr Feighery.

Anne O'Toole's funeral mass took place in the Church of the Assumption with burial after in Clonminch Cemetery.

Offaly girl cuts her lovely long locks for a brilliant cause