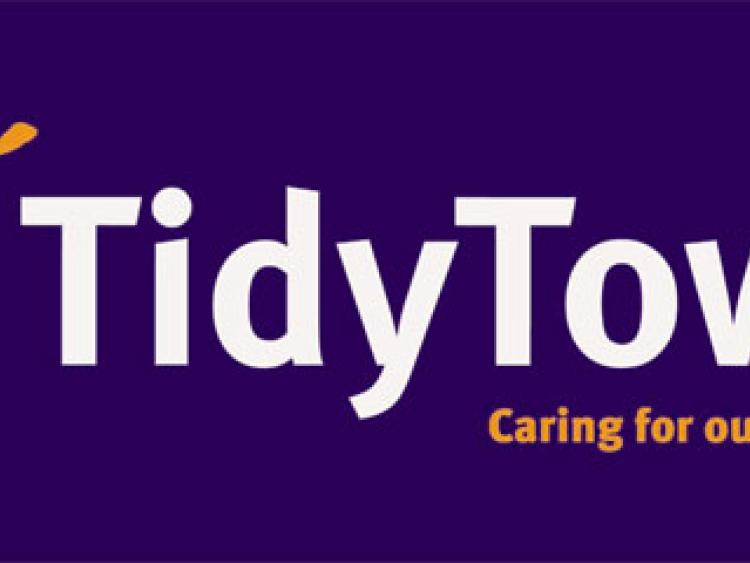 Many thanks for your application for the Tidy Towns 2017 competition. Your map clearly showed locations mentioned in your application. Do remember to include a key to the colour coding. You have a relatively large committee for a small community and you work with agencies such as Offaly County Council and the Offaly Local Development Company. The local authority, in particular, can provide considerable support for Tidy Towns Groups and keeping in close contact with Heritage Officer and Environmental Awareness Officer is to be recommended.

It is also recommended to develop a three year plan, as suggested by last year’s adjudicator. This is simply a list of potential projects/ actions that the group plan to undertake over a three year period. A three-year plan will provide direction for your work. Consult the Tidy Towns Handbook for guidance. Let us know if you partner with local school and the GAA club or any other groups on projects. The school is participating in the Green Schools programme and this compliments much of the environmental work of Tidy Towns.

Built Environment and Streetscape / An Timpeallacht Thógtha agus Sráid-dreacha:
The new street lighting is a great addition to the village. The graveyard and Church are well presented with freshly painted walls. The school, which has obviously been extended recently, looks particularly well and the flowers at the entrance compliment the building. As mentioned last year, the front wall could do with a lick of paint. The Hoppers
also looks well.

Maintenance of the derelict site opposite the GAA lane is a good idea, especially the sowing of wildflowers. The Forge is an interesting heritage feature and it’s great to see it so well kept. The loco also reflects the peatland heritage of the area. Walsh Island has a proud record achievement in the GAA and there is an attractive mural on the clubhouse. The entrance gate would benefit from painting. There appears to be heavy herbicide use in the grounds, which is not to be recommended as excessive herbicide usage can have a negative impact on our health and the environment.

The walking track is a wonderful amenity for the local community. Before and after photos of projects are very helpful (e.g. the Calvary).

Landscaping and Open Spaces / Tírdhreachú agus Spásanna Oscailte:
‘The loco’ is an interesting feature that reflects the history of working bogs in the area. The planters on the engine add a splash of colour but detract a bit from the engine itself and may be better placed somewhere else. Overall though the loco is a lovely feature and well presented. The fencing on the green areas is unobtrusive and fulfils an important function.

Infilling gaps in hedgerows approaching the village is a good idea because hedgerows provide great screening and are generally low maintenance. Native hedging is more appropriate in the outskirts of the village but beech hedging is fine in more urban environments. Current planting in the village looks well and enhances the village-scape. Future planting and landscaping, such as plans for the ‘Black Well’ could include more perennials and plants that will attract pollinators. Planting perennials is more environmentally-friendly and will keep your costs down in the long run because you will have less annuals to purchase every year. The planting of bulbs is a great way to ensure you have colour over a longer time frame and they are also relatively low maintenance and cost effective.

The landscaping at the signpost for Portarlington is bright and attractive. More shrubs here to complement the St. John’s Wort bushes could reduce any weed control required by providing more ground cover. Concrete walls in the GAA grounds could be screened with native hedging or climbers.

Wildlife, Habitats and Natural Amenities / Fiadhúlra, Gnáthóga agus Taitneamhachtaí Nádúrtha:
Bird nesting boxes are a great way to raise awareness of birds in our area and to provide nesting sites. Please provide some information on where your boxes have been installed. Monitor them to see if they are being used. This might be a nice project for the local school to get involved with. Planting wildflowers can provide stunning results but wildflower patches needs to be managed carefully to ensure they don’t become over-run with grass.

Walsh Island is next to one of the most well-known bogs in Ireland, the Bog of Allen. How about asking the Heritage Officer for help to organise a talk on the heritage of our bogs, perhaps during Heritage Week? This could include the natural  heritage of bogs (flora and fauna) as well as the cultural heritage. Many Tidy Towns Groups are managing road verges for pollinators by identifying areas that could be mown less in summer, while still maintaining road safety.
The National Biodiversity Data Centre have some great project ideas for community groups http://www.biodiversityireland.ie/projects/irish-pollinator-initiative/all-ireland-pollinator-plan/local-communities/.

Sustainable Waste and Resource Management / Bainistiú Acmhainní agus Dramhaíola Inbhuanaithe:
Collecting rainwater for watering planters etc. is a great idea. It’s worth thinking about where to locate a rainwater harvesting system so that it can be used efficiently to water planting around the village. Household water butts are relatively inexpensive and perhaps some homeowners could be encouraged to collect rainwater to water their own gardens too.

You mention the Island Lodge compost heap. More information would be helpful. Again household compost bins are relatively inexpensive and the local community could be encouraged to compost their kitchen and garden waste. Offaly County Council may facilitate a workshop on composting for the community. It would be worth enquiring. A WEEE electrical recycling event is a good idea to raise awareness.

Tidiness and Litter Control / Slachtmhaireacht agus Rialú Bruscair:
Walsh Island was very tidy and more or less litter free on adjudication day. Your weekly litter patrols with the help of your TÚS workers appear to be paying off. More photos in your application, including of the National Spring Clean and other events would be helpful for the adjudicator.

Residential Streets & Housing Areas / Sráideanna Cónaithe & Ceantair Tithíochta:
Residential areas in Walsh Island are presented very well. Many attractive gardens were admired. There were some neglected planters in front of the housing estate at Parker’s Hill that could do with a little tender loving care. Green spaces in the housing estates were well maintained and benefit from the addition of trees.

Approach Roads, Streets & Lanes / Bóithre Isteach, Sráideanna & Lánaí:
Road resurfacing greatly enhances the streetscape in Walsh Island. The approach roads are very attractive with native hedgerow and trees. Many nice gardens along the main street were admired. You might consider leaving some road verges in summer months unmown as suggested above.

Concluding Remarks:
It was a pleasure to visit Walsh Island, keep up the good work.