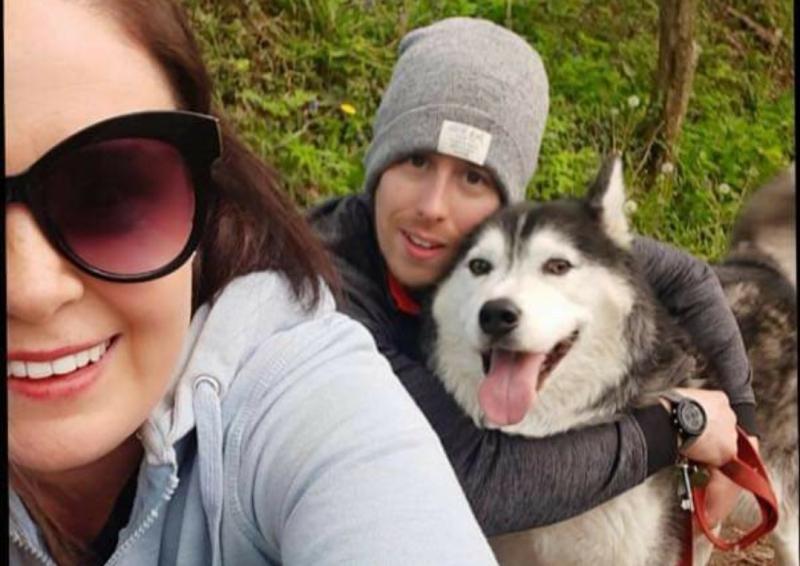 THEY won't be leaving Offaly, but three men are going to conquer Everest to raise funds for an animal welfare charity.

The 'No mountain too high for Akai' fundraiser will take place over a 24-hour period on the August bank holiday weekend when Tullamore Bank of Ireland employee Jason Murphy will team up with two others to go up and down Croghan Hill 38 times – non-stop.

With north Offaly's best known hill clocking in at 234 metres above sea level, scaling it 19 times and coming back down another 19 makes the total height 8,892 metres, slightly more than the Himalayan peak of 8,849.

And if that doesn't sound difficult enough, Jason has calculated that the actual amount of ground covered on foot will be 60 kilometres, the equivalent of nearly one-and-a-half full marathons.

Jason, his cousin Graham Murphy and a friend Ray Farrell, who works at Bank of Ireland in Portarlington, will begin their first ascent on Saturday evening, July 31 and will continue through the night.

“We let the neighbours and the residents know. We're telling them we don't want you worrying when you see three lads going by with flashlights on their heads,” said Jason.

Similar feats have been achieved on Croghan Hill before, but never non-stop. Jason, who is 35, was inspired by the death from cancer of a huskie called Akai, who was a dearly loved pet of himself and his girlfriend Natalie Hurst.

Akai was only eight years old when they first noticed that there was something awry with him and they brought him to the vet.

“It came on him very quick and we were dealing with Derek Ryan in Tullamore and he couldn't find anything and he referred him on to UCD Veterinary Hospital,” said Jason.

“It was a high dose of steroids and they were surprised. They did a rhinoscopy and the second time they noticed cells had gotten bigger and they did a biopsy and there were cancerous cells.

“It went downhill very quickly after that. It was affecting him neurologically and it went to the point where we had to make that decision to put him to sleep because it wouldn't have been fair on him.”

Akai passed away in December 2020 and left a void in the lives of Jason and Natalie. When they bought a house together he had moved in with them.

“He was there when we woke up and when we went to bed,” said Jason.

“He was like my bodyguard, he was like my therapist. Some of the best conversations I had were with him, even though he couldn't answer back.”

“This fund is for families who might not be able to afford it and might have no other decision to make than to put their dog or animal down but with this fund it might give them the money for the extra treatment,” Jason explained.

Jason, Graham and Ray are busy training at present and their natural levels of fitness will certainly help them.

Both Jason and Ray are personal trainers and Graham has completed a full marathon around Rhode village.

Come the weekend of the event itself, it'll be a Saturday and Sunday like no other.

“We're not after a record or anything, we're just going to do it. There'll be no sleep. There'll be plenty of sleep after it,” Jason remarked. “At least we'll have the Monday off to recover”.

A GoFundMe account has been set up – TAP HERE TO DONATE – and it has already attracted numerous donations.

Jason said the name of the fundraiser is ideal. “No mountain too high for Akai. My girlfriend came up with that. The minute she said it I knew it sounds right.”

Offaly man caps off 100th appearance for Connacht with a try