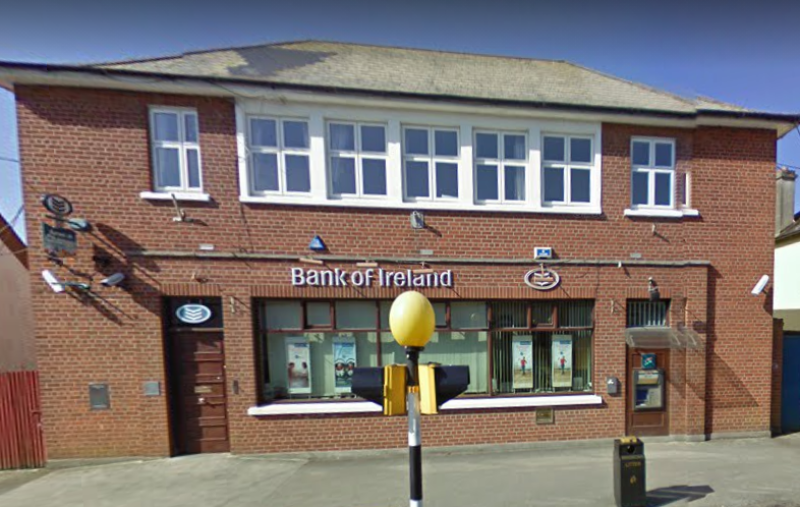 The bank of Ireland in Clara will close next October

BANK of Ireland customers in three Offaly towns will be able to carry out transactions at their local post offices when their banks close next October.

Customers of the branches in Clara, Edenderry, and Banagher have been receiving emails to inform them where their accounts are being transferred to when the doors close. Clara accounts will be moved to Tullamore, Edenderry to Mullingar and Banagher to Birr.

However, Bank of Ireland has agreed a new arrangement with An Post which will enable personal, business account and demand account customers to carry out a range of banking transactions at over 900 post offices across the country. Bank of Ireland say this arrangement will be in place before the banks close.

Postmaster in Clara, Deasún Baggot says the system should be in place by mid-September. He says while he has not been contacted directly, Bank of Ireland has been in touch with An Post to put arrangements in place.

Deasún says the bank in Clara has been automated for the past 18 months, but under the new agreement people will now be able to come to the counter to carry out their banking business including lodging or withdrawing cash.

Last March, Bank of Ireland announced that it had carried out a detailed review of its branch network. Following that it made a decision to close a number of branches including those in three Offaly towns.

Aoife Leonard, Director, Distribution Channels, Retail Ireland, said: ''I understand that you may be disappointed that your branch is closing and I apologise for any inconvenience this may cause.''