Laois Offaly based Green Party’s Minister of State at the Department of Agriculture, Senator Pippa Hackett has welcomed the Government’s move to ban fur farming which will included the shutdown of a mink farm in Laois.

Minister Pippa Hackett spoke after Minister for Agriculture Charlie McConologue secured Cabinet approval for the drafting of an amendment to the Animal Health and Welfare Bill.

“This is an important and progressive piece of legislation which is supported by the vast majority of the general public. The Green Party have long called for it, and support has been expressed too by many animal welfare groups, and the representative body for veterinary surgeons in Ireland, Veterinary Ireland," she said.

There are currently three active farms in the State that breed and rear mink for the purposes of pelting for the fur industry, which will be closed under the new plan.

The Vasa Ltd Fur Farm has operated for several years in Vicarstown, Co. Laois. The other farms are in Donegal and Kerry.

Minister Hackett continued: “In calling for a ban, Veterinary Ireland has previously said that no welfare standards or inspection regimes can prevent welfare problems being encountered regularly on fur farms. These farms cannot provide for the five freedoms of animal welfare, particularly in relation to the need to express normal behaviours.

“I recognise that this is a very emotive issue for many, but we must recognise that in the past, there have been occasions when mink have been purposely released, which has resulted in catastrophic destruction to some of our wildlife. This was particularly the case for some threatened species of birds, and indeed I have seen at first hand the damage mink have done to wading birds in the Shannon Callows.

“I am delighted to be part of the Government which will see this progressive and historic development come to pass,” she said.

Speaking about the timing of the Bill, Minister Hackett concluded: “It is proposed to enact the legislation as soon as possible in 2021, with prohibition to begin in 2022." More below link.

Her Department said the Bill provides for the legislative framework to  (a) implement a prohibition on the keeping of animals primarily for their fur or skin, (b) provide for a scheme of compensation for the fur farming businesses currently operating and (c) introduce other miscellaneous amendments to the Animal Health and Welfare Act 2013.

The Programme for Government 2020 includes a commitment to bring forward legislation that prohibits fur farming in the State.

The Department of Agriculture said there are now societal concerns relating to the farming of animal primarily for their fur or skin. It sayd the statutory prohibition on fur farming will impact directly on three farming businesses that are currently conducting a lawful business.

For this reason, the Department added that the draft legislation includes a scheme of compensation for the farm businesses affected by the prohibition. It said the proposed compensation scheme is designed to be fair and reasonable to the fur farming operators concerned whilst also being fair to the taxpayer.

A statement said the draft legislation includes some technical amendments to the Animal Health and Welfare Act 2013 and a repeal of the Milk (Miscellaneous Provisions) Act 1979 which is surplus to requirements and not being replaced.

Referring to the Bill the Minister said “The prohibition on fur farming in the State is in line with similar bans being implemented, or about to be implemented, in many jurisdictions across Europe and further afield. 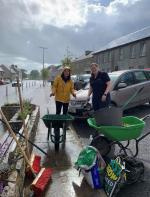