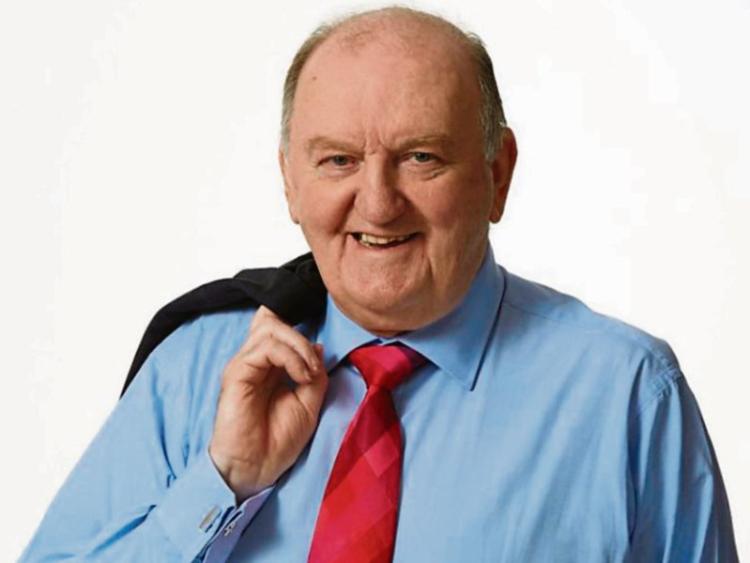 Newstalk radio presenter and renowned rugby pundit George Hook is among the guest speakers slated to join the Edenderry Parish for their annual May Novena..

Each year, the parish attracts high-profile speakers from around the country, and past contributors include disability campaigner Joanne O'Riordan and former jockey and current horseracing trainer Johnny Murtagh.

A different personality from all walks of Irish life will speak on each of the five Tuesdays of May, and this year's guest speakers are Cyril Farrell, Christy Kenneally, Mary O'Rourke, Fr. Martin Delaney and George Hook.

The first speaker, Cyril Farrell, is a noted former hurling manager, having delivered three All-Ireland titles to Galway during three separate spells in charge. He is best known now as a popular pundit on RTE's The Sunday Game. Edenderry Parish will host Farrell next Tuesday, May 2.

On May 9, Christy Kenneally will tell his faith story to the congregation. He is a noted author and TV presenter, and regularly delivers keynote speeches in the areas of death, bereavement, sickness and the terminally ill.

The third speaker is former Fianna Fail politician Mary O'Rourke on Tuesday, May 16. O'Rourke is a former government minister and long-standing TD, but she also worked as a school teacher before pursuing a career in politics. She lost her husband Enda in 2001 and is also the aunt of the late Brian Lenihan, a former Minister for Finance.

On May 23, Fr. Martin Delaney will travel over the border from his parish of Rathdowney in Laois to deliver a talk. Delaney is a columnist for the Irish Catholic newspaper, and is a regular speaker at similar events and conferences throughout the country.

Finally, George Hook will conclude the 2017 Edenderry Novena on May 30. The presenter of the Right Hook on Newstalk radio, Hook is an outspoken social and sporting commentator who became famous through his former role as a pundit on RTE's rugby coverage. Hook grew up in Cork and is said to have converted to Christianity. He is sure to be a popular speaker in Edenderry next month.

The first Solemn Novena of 2017 takes place on Tuesday, May 2 with Cyril Farrell, and all are welcome to attend for an event that always draws huge crowds in the town throughout the month of May.