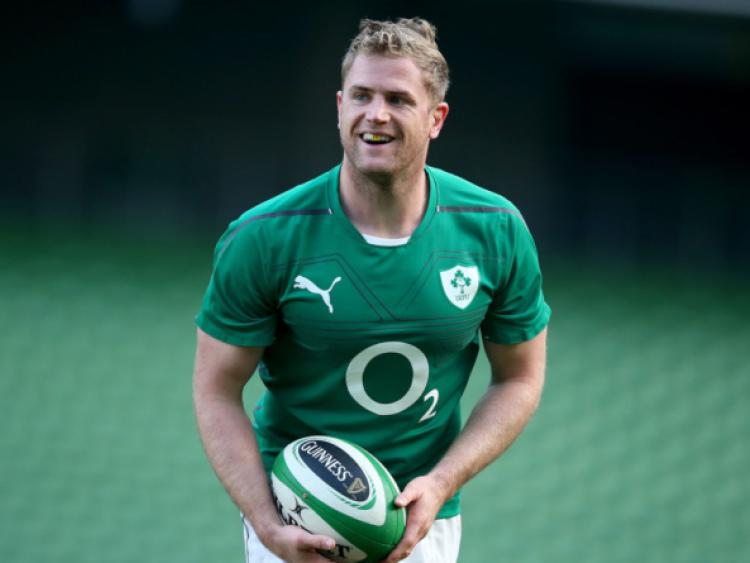 The IRFU has lauded former Ireland captain Jamie Heaslip after the Leinster man announced his retirement from the game of rugby today.

Jamie won 95 caps for his country making his international debut in the 61-17 win over the Pacific Islands in November 2006 and captaining the national side on 13 occasions. Of his 95 Ireland caps he played the full 80 minutes on 72 occasions illustrating his value as both a player and a leader to the national team.

His last appearance in the green shirt was against Wales in the 2017 RBS 6 Nations Championship in Cardiff. He scored 13 tries for his country including the World Rugby Try of the Year against Italy in 2016.

The IRFU wrote: "Jamie is one of the most successful players in Ireland's professional era. A member of the 2009 Grand Slam winning side he was also a key player in the Championship winning teams of 2014 and 2015. He played his part in securing Ireland's first ever victory over the Springboks on South African soil in 2016 and just a couple of months later featured prominently in Ireland's historic first victory over New Zealand in Chicago. He played at two Rugby World Cups featuring in all 10 of Ireland's games at the 2011 and 2015 tournaments."

A two time British and Irish Lion he made 5 Test appearances across the 2009 and 2013 tours of South Africa and Australia. At provincial level he won three Heineken Cups, an Amlin Cup and three Pro12/Celtic league titles with Leinster and was shortlisted for World Rugby Player of the Year in both 2009 and 2016.

"Jamie was one of the top players in world rugby over the course of his 11 year international career. He achieved so much in the game but at the same time was a great example for younger players with his professionalism, dedication and application on and off the field.”

"Jamie was an intelligent and incredibly robust player. The string of trophies he contributed to is lengthy, including 3 European Cups, 3 Six Nations, including the 2009 Grand Slam and a couple of Pro12 trophies thrown in for good measure.

"There are so many moments that spring to mind, whether it be his superb second half against Northampton in the 2011 Heineken Cup final or his clever line and tireless work ethic that combined to see him score the International Try of the Year two years ago, or his crucial try saving tackle on Stuart Hogg on 'Super Sunday', to help tip the balance in retaining the Six Nations trophy. Utterly professional, driven to succeed and a leader with the actions he delivered.”

"The IRFU would like to thank Jamie for his outstanding contribution to Irish Rugby. His consistent level of high performance has helped drive the national team to unprecedented levels of success over the past 10 years. We wish him and his wife Sheena well in the next chapter of their lives.”

In a statement announcing his decision, Jamie Heaslip wrote:

Time will get us all, but it's cornered me earlier than I hoped. Every professional sportsperson always hopes to be able leave their chosen sport on their terms but too often that's not the case.

I have had to take on board the medical advice that I have been given and after talking to Sheena and my family I have taken the difficult decision to retire with immediate effect from playing rugby in order to ensure my future well being.

I'm very proud to finish my career as a one club man having played amongst some of the best in the game, who are all like a family of brothers to me.

My goal when I started my professional career 14 years ago was to leave the the jerseys that I wore in a better place and I hope I have done that.

Thank you to the IRFU, Leinster Rugby, all the coaches, medical staff,back room staff, sponsors, media, supporters and most importantly my wife, family , friends and fellow players for helping me to make my dreams come true.

I've had the time of my life on and off the rugby pitch but now its time for the next chapter.