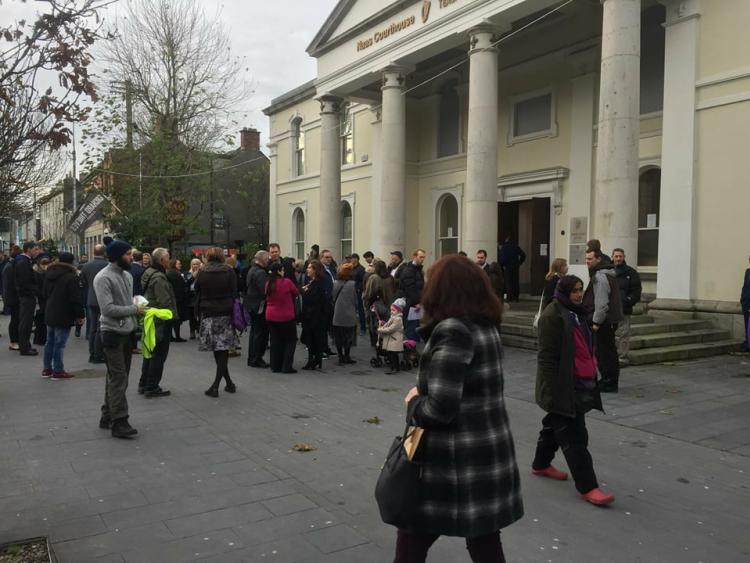 Naas courthouse was evacuated shortly after 11.15am this morning after Naas gardaí received a call indicating there was a suspicious package on the premises.

The alarm was activated and the court building was cleared. Gardai searched the building, but found nothing.

Court has just resumed and gardai are continuing their investigation into the incident.