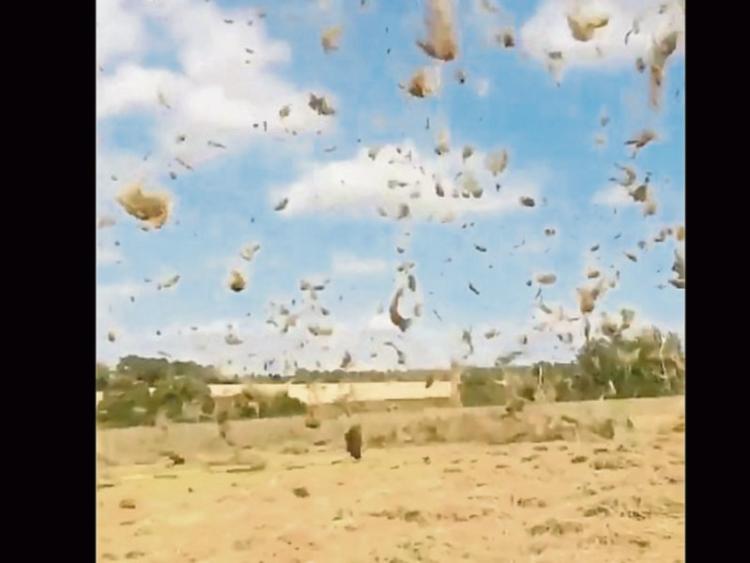 A day in the life of a farmer is never dull...

Last week we brought you the news that there was a tornado warning in place in Offaly, but the freak weather event actually happened just over the border in Kildare.

Michael Heffernan from Fontstown near Athy in Kildare captured this unusual footage of what he described as a “whirlwind playing havoc with his hay.”

He posted the bizzare video to his Twitter page (@martique75) on Tuesday, and it has gotten over 1,500 likes and 572 retweets.

The mini tornado-like occurrence is believed to have been caused by one part of the ground heating up quicker than surrounding land.

A whirlwind playing havoc with the hay pic.twitter.com/7HJFtqB4uR