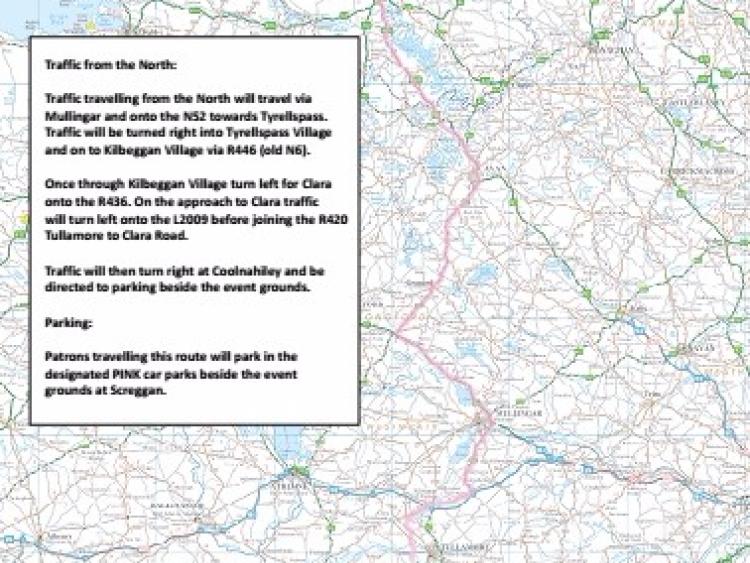 The following is the route from Donegal and the North to the 2017 National Ploughing Championships at Screggan, Tullamore, Co Offaly. Traffic on this route will use the Pink Route

Traffic travelling from the North will travel via Mullingar and onto the N52 towards Tyrellspass. Traffic will be turned right into Tyrellspass Village and on to Kilbeggan Village via R446 (old N6). Once through Kilbeggan Village turn left for Clara onto the R436. On the approach to Clara traffic will turn left onto the L2009 before joining the R420 Tullamore to Clara Road. Traffic will then turn right at Coolnahiley and be directed to parking beside the event grounds.

Patrons travelling this route will park in the designated PINK car parks beside the event grounds at Screggan. 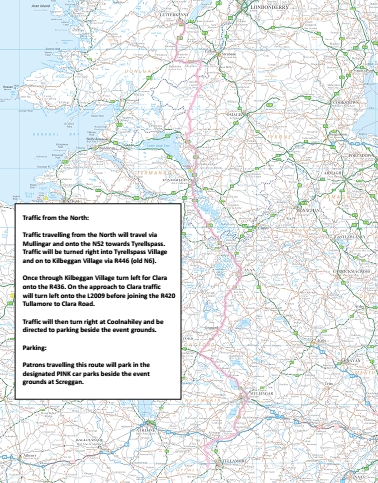