REVEALED: Offaly has some of the worst roads in the country

We have been touring the county 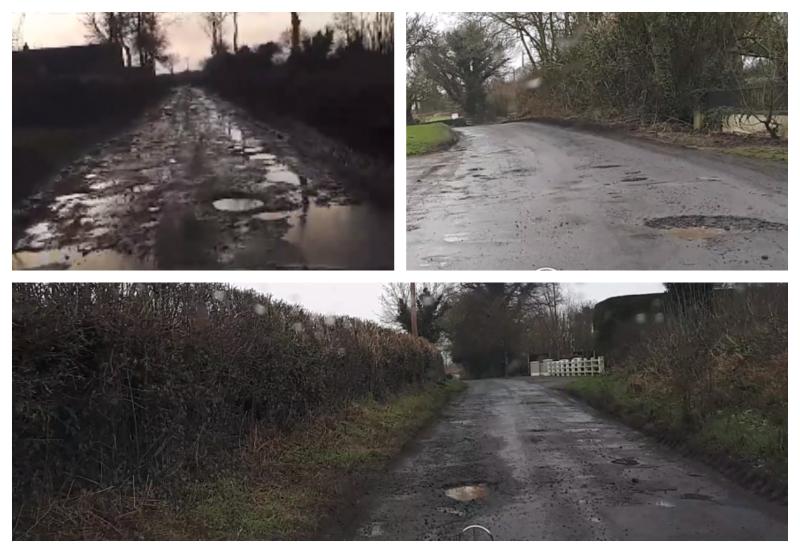 REVEALED: Offaly has some of the worst roads in the country

The Offaly Express is embarking on a driving tour of the county to find Offaly's worst road. We asked our readers to point us in the direction of the worst surfaces in the county, and you have responded with numerous suggestions.

In light of that criticism, we are continuing to road test the worst stretches and we've already come across some of the worst roads we've ever seen.

See links to videos from some of them below:

WATCH: Is this road in Clonmore the worst in Offaly?

WATCH: Does one of the busiest roads in Offaly have the worst road surface in county?

WATCH: Does Edenderry have the worst roads in Offaly?

WATCH: Does Clonygowan have the worst roads in Offaly?

WATCH: Is this road near Clonygowan the worst in Offaly?

WATCH: The latest entry in the search to find Offaly's worst road

WATCH: Is this road near Edenderry the worst in Offaly?

WATCH: Is this road in Killeigh the worst in Offaly?

WATCH: Is this road to one of Offaly's top tourist attractions the worst in the county?

WATCH: Is this stretch of the Canal Line in Offaly the worst road in the county?

The matter has arisen due to the fact that much of Offaly's road network is built on bog land, meaning a road in Offaly might last 15 years less than one in another county owing to their tendency to disintegrate.

There are roads collapsing in Offaly, in both the north and south of the county. Drivers experience punctured tyres, damaged springs, shocks and body work as they traverse the county.

We'll be visiting more roads over the next few days to reveal to our readers, near and far, just how much work Offaly's roads need.