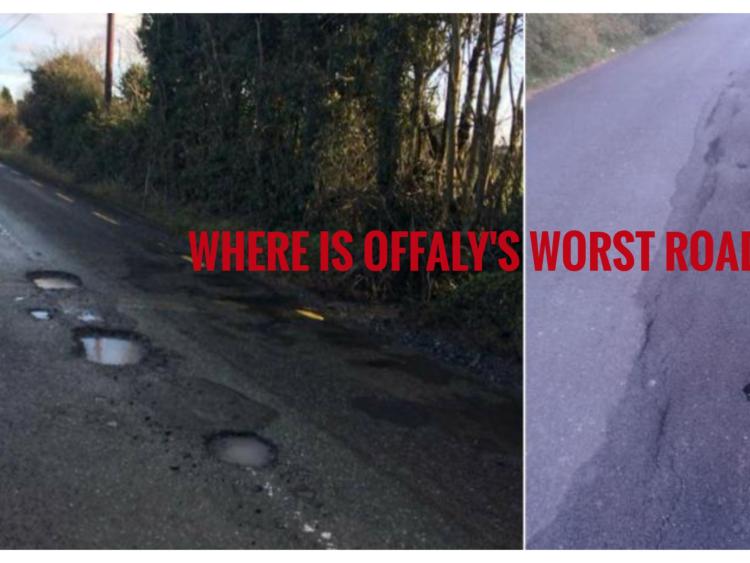 We need your help to find Offaly's worst road surface

The matter has arisen due to the fact that a lot of Offaly's road network is built on bog land, meaning a road in Offaly might last 15 years less than one in another county owing to their tendency to disintegrate.

There are roads collapsing in Offaly, in both the north and south of the counties. Drivers experience punctured tyres, damaged springs, shocks and body work as they traverse the county.

In an effort to raise awareness of this issue, we want to find the worst road surface in Offaly, and we're expecting a lot of suggestions. Send them to us through Facebook or email the stretch of road with a picture to news@offalyexpress.ie.

We'll be visiting some of the areas with the worst roads to reveal to our readers, near and far, just how much work Offaly's roads need.