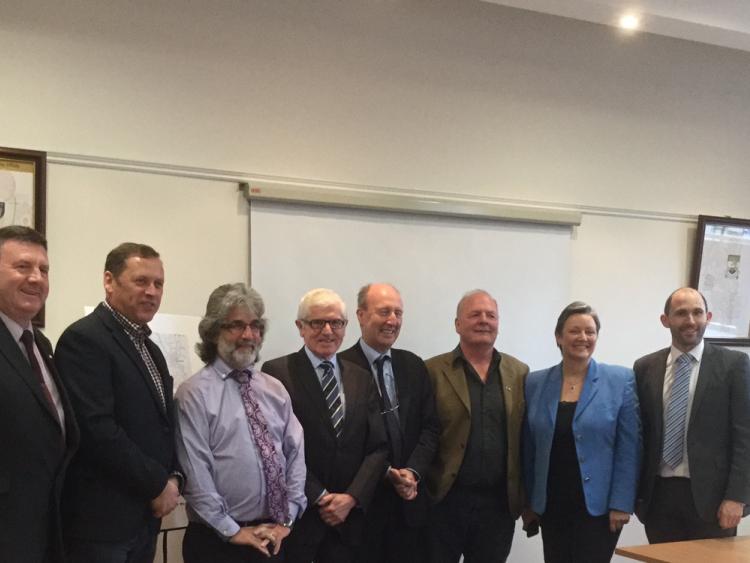 Edenderry councillors have reported that they held a 'positive' meeting with the Minister for Transport, Shane Ross on Tuesday, October 10.

Cllr Noel Cribbin told us he was "very happy" with the meeting in Edenderry with his independent alliance colleague Minister Shane Ross, his fellow Cllrs and TDs Marcella Corcoran Kennedy and Barry Cowen, and council officials, CEO Anna Marie and Declan Conlan.

Top of the agenda was funding to finish the Inner Relief Road which Cribbin says is a "must for Edenderry to progress."

"All in all it was a very positive meeting and it was great that all public representatives were singing off the one hymn sheet," Noel Cribbin commented.

"I then had a private meeting with the Minister on support for local clubs in the frame for funding in the Sports Capital Grants. I also impressed on the Minister my proposal to include the proposed Irish Water pipeline through Offaly and to include both gas and broadband, to bring spurs to Birr, Tullamore and Edenderry with a spur out to Rhode where you could have water, gas and broadband, grid connectivity, green electricity from the windfarms all located on a 700 acre site next to the motorway on Bord Na Mona lands," he continued.

"Minister Ross was very interested in my proposal and will progress it further," Cribbin insisted.