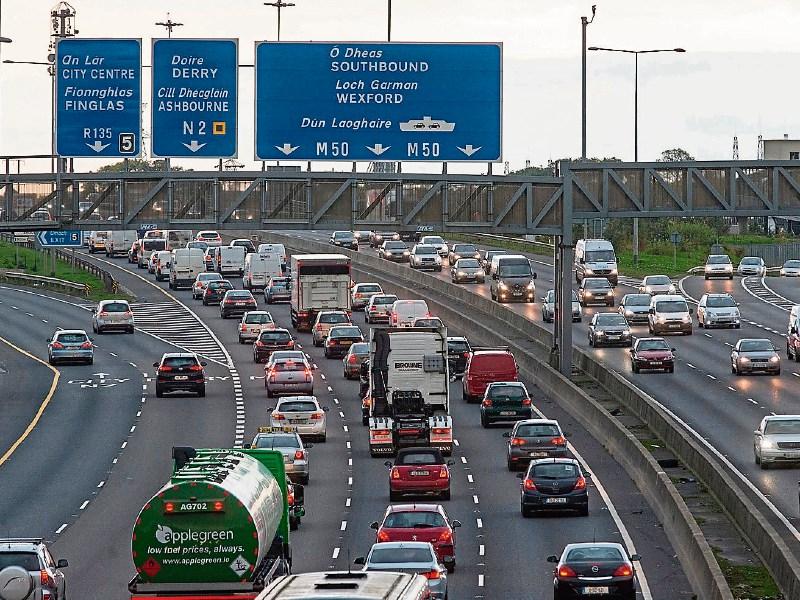 Car ownership in Ireland has continued to rise with over 27,000 homes in Offaly recorded as having a car, according the Census 2016.

The number of people commuting to work in Ireland by car has surged past the 1 million mark according to the latest set of figures from the Central Statistics Office from last year's census.

In 2016, car ownership nationally had increased by 30,063 on 2011 to 1.39 households. Just over three quarters of households in urban areas owned at least one car compared with 91 per cent of households in rural areas.

There is a low ownership rate in the cities - just a third of households in Dublin City did not have a car.

Of the households with a car, 54.5 per cent in rural areas had two cars or more compared to a third in urban areas.

The overall number commuting to work  increased to 1.88 million and increase of 10 per cent.

Cycling has shown the largest percentage increase of all means of transport nationally, rising from 39,803 to 56,837 a 42.8 per cent rise.

The average journey to work time was 28.2 minutes up slightly on five years ago.

A total of 365,369 workers left home before 7am up by some 93,000 on five years ago, and the statistics show the North East of Offaly has the highest number of pre-7am commuters, reflecting the likelihood of these areas being a part of the wider Dublin commuter belt. A total of 166,712 people left for work before 6.30am.

Nearly 70 per cent of the early commuters were men.

The car remains the main mode of travel for school runs. Six out of ten primary school children or 327,039 went to school by car when the Census was taken. The number taking public transport has fallen to 56,846.

The car was also the main mode of transport for secondary school students. Some 151,794 were driven or drove to school.

The number of third level students driving to college fell by nearly 8,900 but the number who said they were passengers rose by over 3,000 to 19,125.