Long-term report: Packing for a baby is no challenge for our Skoda Kodiaq 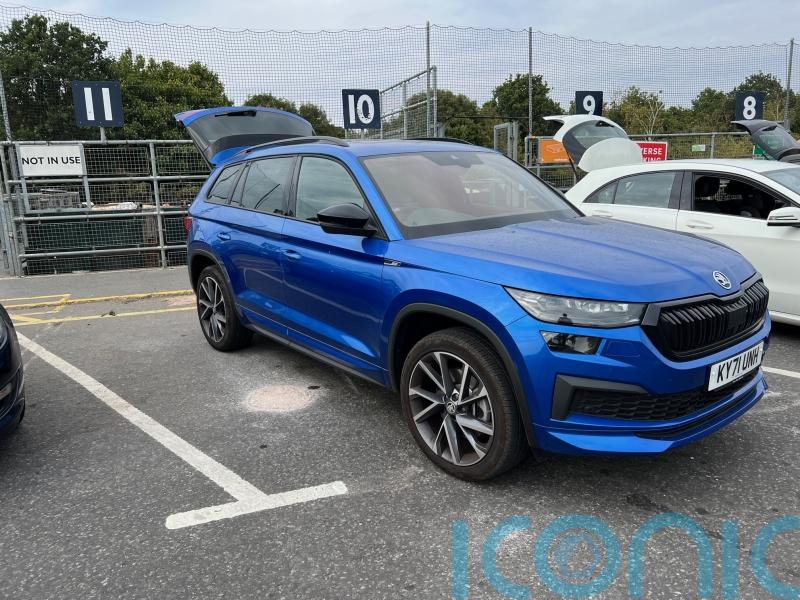 Although the latest arrival in our household is rather small, the amount of equipment he needs for sustainability is worryingly high.

While many warn of the sleepless nights and constant attention a newborn requires, no one really mentions the paraphernalia you’ll be required to cart around with you.

How people manage to transport a pram, baby bag, car seat and baby in smaller cars is beyond me. 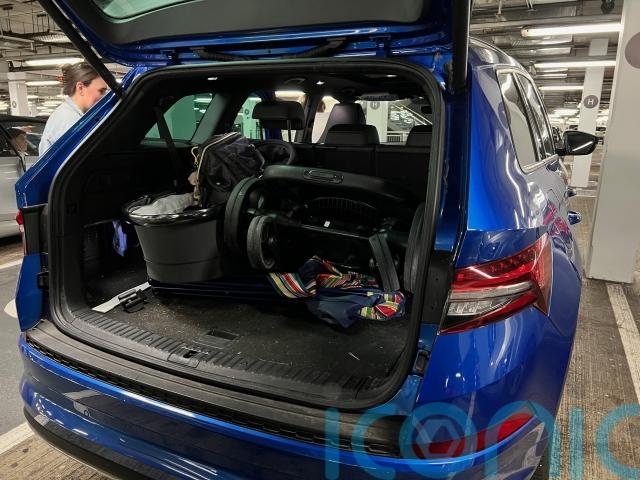 Our Skoda Kodiaq long-term loan car has been a welcome companion in these early days when I’ve been so tired I’ve put milk in the coffee jar rather than the cup.

The fact it can swallow everything the little one needs without thinking about how to pack it carefully has been a huge relief, especially when motoneuron functions are running at around 50 per cent.

While the seven-seat SUV has been with me these past few months I’ve asked a lot of its carrying capacity. The rearmost seats fold flat into the boot floor and give ample space for baby kit and shopping – a combination that I feel would foil most smaller cars. It’s also coped with numerous tip trips and two house moves with aplomb.

The Kodiaq is a fantastic all-rounder. One thing that has really struck me is how comfortable it is. I’ve put quite a few miles on the Skoda with several long trips – one to the Alps for a ski holiday and a round-Britain tour for a magazine feature – and I’ve never got out aching. The seats are very comfortable, set at a nice height so as not to numb your legs, and have plenty of adjustment. The controls are intuitive too and, when up to speed, it’s a relaxing car to drive.

I’ve written before about the sluggish gearbox, so won’t moan about it again too much, but even now, several months into ownership, it grates that at times it can be so slow to pull away at junctions.

It’s not the engine that’s at fault. The 200bhp diesel unit is full of grunt and, once past that first gear hurdle, is perfectly pacey. I point the finger firmly at the DSG gearbox that’s without a doubt been engineered with a hesitation built in. 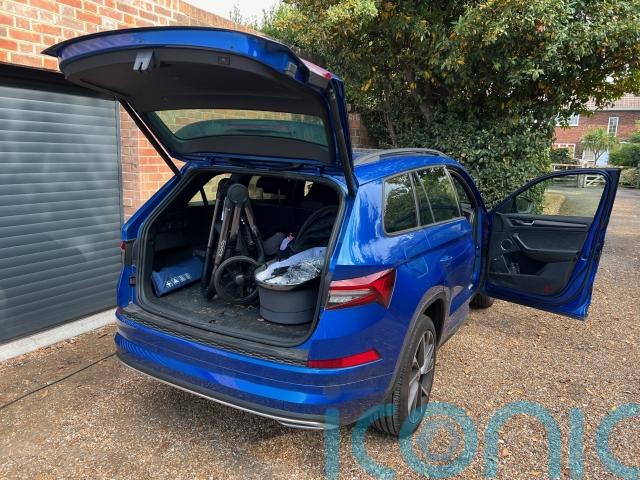 It really would put me off recommending the car and that’s a shame because for long journeys the diesel engine makes a lot of sense. I get around 58mpg on motorway legs which is pretty good going.

The Kodiaq’s looks have really grown on me too. At first, I wasn’t so sure, but the blue paint and black Sportline touches certainly look smart and when it’s clean it really rather handsome. However, I have experienced a few glitches lately. The multimedia system really does seem to have a mind of its own. On one trip I had to complete the drive in silence because the speakers stopped working.

I even tried the age-old off-and-on-again routine which failed to fix it. It was still doing it when I made the return journey later in the day, but a night of rest seemed to solve it. Very strange.
The screen also has moments of complete collapse and freezes. There’s no pattern to its failures, just that it renders all buttons on the screen unusable. I’ve had similar issues with other cars from the VW Group, notably Cupra models, but nothing quite as bad as this.

It’s the sort of problem that a dealer could only fix if it was doing it at the time I took it in, otherwise, I would have booked the Skoda in for a check-up.

Without these niggles, the Kodiaq would be highly recommended as the perfect family car. The flexibility of the seven seats and huge boot make it a really useful SUV and when compared to similar rivals it’s great value for money. However, I’m struggling a little to get over those flaws.