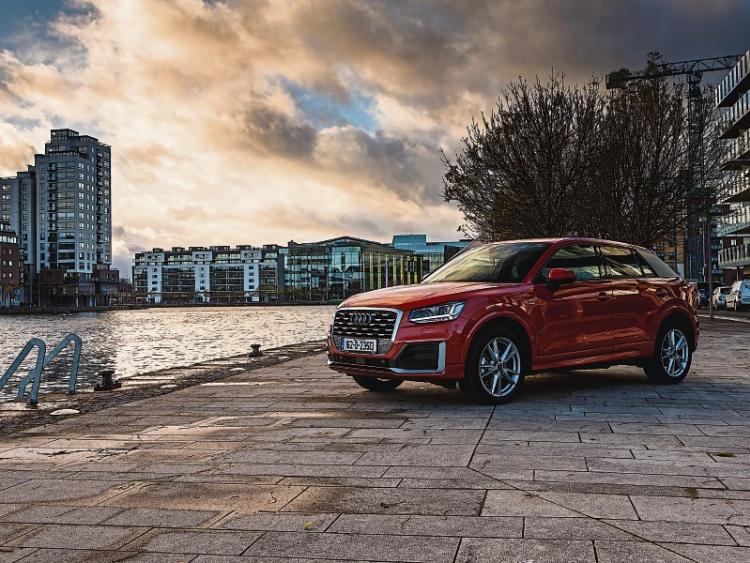 Worldwide, demand increased for the seventh year in a row since 2009, with Audi almost doubling its market success over this period. Audi sales have also increased in Ireland, with over 6,000 registrations recorded in 2016.

Commenting on Ireland’s performance, Henning Dohrn, Managing Director of Audi Ireland said: ‘We are very happy to be the number one premium car brand in Ireland, the basis for this success is due to our loyal customer base, committed dealer network, award winning products and our continuous technological innovation.

“We are optimistic about the year ahead, particularly with the introduction of new models such as the Audi A5 Sportback, Q2 and Q5 to the Irish market; these models clearly demonstrate our commitment to our brand claim ‘Vorsprung Durch Technik’.

In addition to our investment in the product range, our dealer partners are investing in the dealer network, which will see the opening of three new Audi dealerships across the country later on in the year.”

Demand rose sharply in Europe where two important new models, the Audi Q2 and the Audi A5, were launched only recently. The sustained high level of demand for the new Audi A4 had an equally positive effect on the delivery results. Despite political and economic uncertainties throughout Europe, Audi A4 sales grew by 7.6 percent to around 337,550 units sold, in comparison with 2015.

Audi also performed well in Europe with its high-performance portfolio from Audi Sport, most notably with the Audi R8 supercar.

Across the entire portfolio, the overall number of customers in Europe who received keys for their new Audi increased by 7.6 percent in 2016 to around 860,600 cars.

Audi also posted further growth in North America in 2016: 4 per cent, with overall deliveries totalling 210,213 units in the US market, 4 percent more than in 2015.

The Audi Q7 plays an important role in this respect, with the United States constituting its most important sales market worldwide.

More than one in four customers of the SUV comes from the United States. Since the new generation was introduced in January, US deliveries of the Q7 increased by a substantial double-digit figure every month. The Q7 has grown by around 60.9 percent to 30,563 units in the market in 2016. Worldwide, around 102,200 customers decided to buy the model this year, up 43.6 percent.

In China, Audi increased its overall sales for 2016 by 3.6 percent to 591,554 deliveries, maintaining its clear lead in the Chinese premium car market. The demand for the Audi Q3 increased year-on-year by 27.6 percent.