OPINION: Sportswashing and greenwashing in a global climate crisis 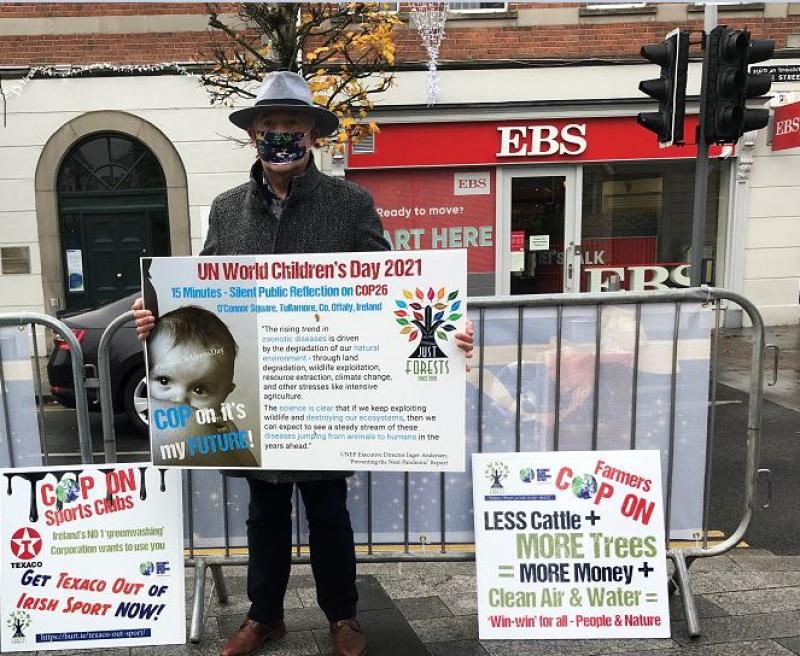 SPORTSWASHING has increased in scale and importance in recent times. It has become one of the latest tools used by multinational oil companies, big pharma, and by dictatorial regimes in attempting yet another image make-over.

Sportswashing is used to refer to the ownership or sponsorship of sporting events or clubs where the objective is to divert attention from projects or behaviours that generate criticism, such as environmental damage, human rights violations or even crimes against humanity. It has often been described as the scrubbing away of the associated stains.

Sportswashing is but one strand in the broader public relations agenda of greenwashing through which companies and countries seek to nurture a positive public image especially as they face mounting pressure internally and externally from shareholders, the public and regulators.

Greenwashing is particularly important for fossil fuel companies as they attempt to position themselves as champions of the environment and to imply that the company itself or its products or strategies are environmentally sound. Keywords that litter their PR agendas include eco, sustainable, transition, low-carbon, responsible and the most important of all green.

Nurturing a positive public image remains a priority and is intended to appeal to sceptical consumers who prefer to support businesses that apparently care about the planet.

Both greenwashing and sportswashing are very active components in what has been labelled the ‘great deception’ where those fossil fuel companies most responsible for irreversibly heating the planet spend millions on advertising and sponsorship to assert that their business models and plans are driven by the idea of sustainability.

Over the past five years, research from scientists from a wide range of universities, science institutions, governments, and international organisations (including the UN) have argued that not only have such companies polluted the earth, but they have also done likewise to the information landscape.

Their claims to be a significant part of any strategy to combat climate change and environmental destruction are simply not credible.

Greenwashing and sportswashing are being actively and publicly pursued in Ireland currently by Texaco. At the core of Texaco’s strategy are two high profile initiatives – the Texaco Support for Sport initiative and Texaco Children’s Art competition. While the former (worth just €130,000) targets all sports in Ireland including boxing, camogie, Gaelic football, handball, hurling, rugby, and soccer, the latter seeks to target children and young adults across the country. Through both activities, Texaco seeks to have its brand closely associated with schools and sports in a manner that should cause deep disquiet for anyone concerned about climate and human rights issues.

As Texaco itself points out, its art competition has involved a wide range of public figures including President Mary Robinson (now a climate justice advocate), former Taoisigh, Lord Mayors, and diplomats. From a greenwashing perspective, this must be considered excellent value. And, for the most part without any great discussion or debate. Again, as Texaco itself asserts, its art competition ‘has acquired the status of an institution and become a part of the fabric of Irish life that has endured and developed across the generations’. It appears to be beyond questioning.

For us it beggars belief that as we encourage (and require) our schools to teach environmental sustainability and respect for nature and for human rights, we seem to unquestioningly accept sponsorship from a fossil fuel company that undermines both. Additionally, we expect our children and young people to uncritically engage in this charade without a murmur. In what parallel universe does such a situation protect or nurture our young people and their future planet? Should school principals, boards of management or even the Department of Education have a view on this?

Are we happy to allow an oil giant to sponsor a wide range of sports activities at the heart of our communities in all parts of the country? What message does this send out in terms of Ireland’s commitment to its climate targets? And all for a paltry prize fund of €130,000 from Valero Energy (Ireland) Limited, the company that markets fuel in Ireland under the Texaco brand. Does this reflect our view, or have we simply not thought sufficiently about it?

In the context of the sports grants, the 'ambassador' role played by popular ex-rugby star Donncha O'Callaghan as a ‘face’ of the Texaco oil company is problematic, especially when we remember that he is a UNICEF Ambassador, an organisation dedicated to the improvement of children’s lives across the world especially in countries most at risk from climate change. UNICEF itself claims (on its website) that climate change and environmental degradation undermine the rights of every child.

All that being said, it appears that the debate on Texaco’s actions in greenwashing Ireland is beginning.

Following the persistent and dogged campaigning of Tom Roche from Irish NGO Just Forests, the questions are gaining momentum. Just recently, the Irish Museum of Modern Art (IMMA) and the Highlanes Gallery in Drogheda have decided to disassociate themselves from Texaco and individual judges have decided to step down from the art competition.

There can be little doubt that the campaign will grow further in the coming weeks and months.

Tom Roche, is a craftsman, forest/human rights activist and educator. A native of Tullamore where he founded Just Forests in 1989 to create awareness of Ireland’s role in global deforestation. Later this year Tom will launch a new publication entitled SpoArts WASH: exposing 70 years of Ireland’s greenwashing sponsorship culture.

Colm Regan is visiting Lecturer, Centre for the Study and Practice of Conflict Resolution, University of Malta where he teaches a course on environmental conflict and human rights. Colm is also founder of Irish NGO 80-20: Caring and Acting for a Better World.

Peadar King is a documentary film maker lecturer and nonfiction writer. For the past two decades, he has produced and occasionally presented the RTE Global Affairs series What in the World? His latest publications include The Art of Place: The People and Landscape of Co Clare (2022) and War, Suffering and the Struggle for Human Rights (2020). He is currently Adjunct Professor for International Relations at University College Cork.