Young people from Offaly to reunite at local Foróige Clubs 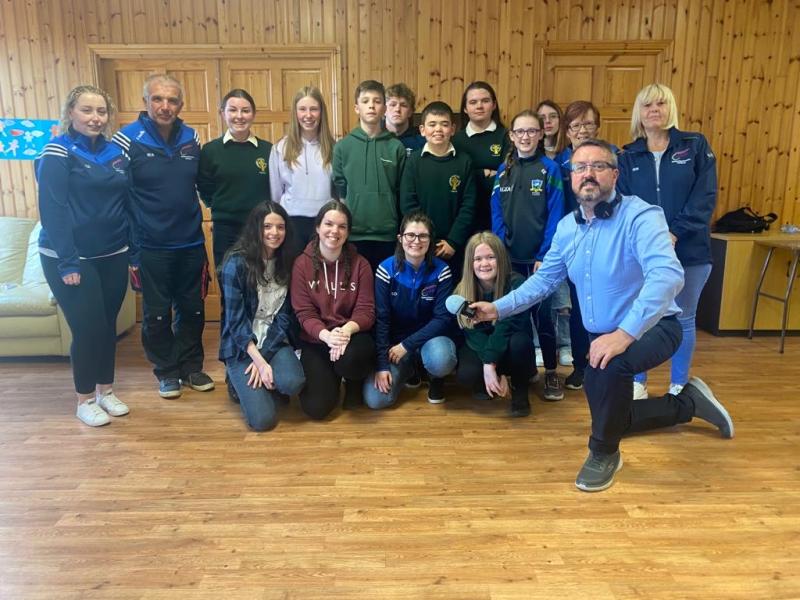 FOROIGE has reopened its clubs in communities across Ireland. The past two years have had an impact on young people across the country but with the world open once more, Foróige offers young people the opportunity to meet and learn new things with their peers in a fun and welcoming environment.

A recent study stated that 53% of young people yearning for more ‘in person’ social opportunities. Additionally, the Ombudsman for Children’s Office Survey revealed 60% of Irish children really missed extracurricular activities during the pandemic.

Holly, aged 17 a club member from Piltown Foróige Club in Kilkenny mentioned “The hardest thing over the past two years was not being able to interact outside of home - before the pandemic we could go out every Friday to Foróige and have a few hours hanging out, planning events, going off and doing things. But being at home and being stuck with the same people every day takes a toll on you. It was really the lack of social interaction for me. I’m really looking forward to getting back to normal with Foróige and making new friends and going on the adventures like we used to.”

With hundreds of clubs located in communities nationwide, Foróige plays a vital role in youth development in Ireland supporting thousands of young people. The clubs are run with the generous help of volunteers. In an effort to enrich the lives of as many young people as possible, Foróige is encouraging youth and the public to find a club near them and get involved!

Katherine Amusan, aged 17, from NRG Foróige Club in Tallaght, South Dublin stated; “Foróige isn’t for a certain type of person - it’s not just for people who are shy and looking to get out of their shell, it’s not just for people who are talkative and want to make friends, it really is for everyone. It’s a diverse, multicultural, inclusive group for everyone from all walks of life. That’s what I want to drive home for anyone interested in Foróige - just do it, you’re honestly not going to regret it. It’s the best time - Foróige for the win!”

In a report that investigated Irish youth activity during COVID-19, it was noted that young people became extremely reliant on technology and screens for their social interaction. During this time, they missed out on building crucial social skills that set them up for the years ahead.

After a difficult few years for young people in Ireland, Foróige offers them the chance to get back out into the world, meet new people and experience new things.

To celebrate the fact that clubs across the country are now meeting in person once more, Foróige collaborated with famed illustrator, Fatti Burke, on artwork that celebrates Foróige and the young people they work with. This artwork will be displayed across press and online ads over the summer months.

Speaking about the comeback, Barbara Daly, the organisation's chairperson, but also a long standing youth volunteer from Ferbane, Co. Offaly , said; “We are thrilled to open our doors across the country once more. It’s been a long few years and we know our young people and volunteers have really missed their local Foróige clubs. To keep our clubs running to the high standard we are known for, we are calling on the general public to get involved. Volunteering with young people is extremely rewarding and we are asking the public to help in any way they can. Our clubs are situated nationwide and cover lots of interest sets, so getting involved is fun, rewarding and worthwhile.”

Foróige has been a cornerstone for youth development in Ireland since 1952. The youth who attend Foróige clubs report seeing positive benefits to their lives through both socialising and learning. Foróige gives the public the opportunity to volunteer which is an enriching opportunity for both the young people and the volunteers themselves.