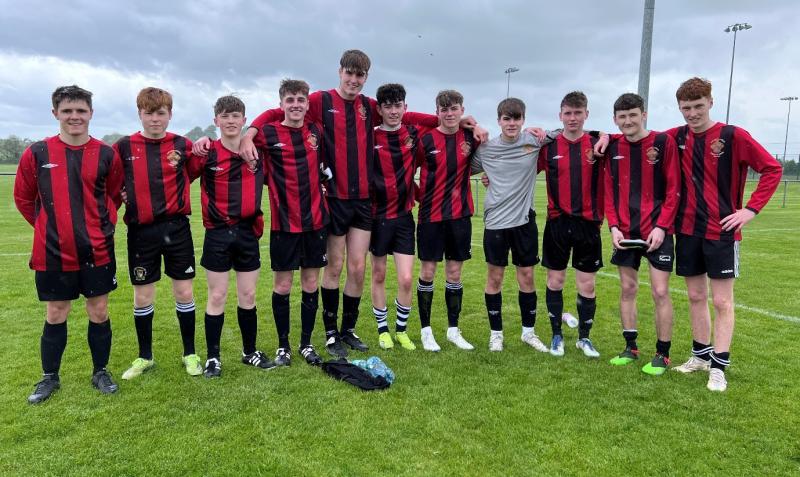 The Banagher College U-17 team which lost out on penalties to St Mary’s Edenderry in the West Leinster final in Gainestown.

Banagher College missed out on the West Leinster title in the cruellest of fashion in Gainestown, when they lost out on the dreaded penalties after a gripping clash with St Mary’s Edenderry finished all square.

A determined Banagher College team had given their all in normal time, but despite some heroics from keeper and captain Charlie Raper, Edenderry were that bit more emphatic with their penalties and took the glory on the day.

The game had been tight throughout as a depleted Banagher College team defended resolutely but struggled to create enough good chances to win the game. Edenderry took the lead early on with a finish from close range, and then followed this up by creating a number of other good opportunities – all of which were kept out through a mixture of dogged defending and some fine goalkeeping from the Banagher keeper.

Eventually Banagher College did manage to get a foothold in the game and began to create a few chances of their own. One of the best of these was a clever dribble into the box by playmaker Jack Slevin that led to a penalty, which Slevin himself calmly converted to leave the teams level at 1- 1 going into the half-time break.

The second half followed a similar pattern as the first, with the powerful St Mary’s midfield dominating possession, but being consistently held at bay by the hardworking Banagher College defensive unit. The Banagher lads however were always looking to break, and created a number of decent half-chances, but unfortunately none of them came to fruition, meaning the lottery of penalties was left to decide the title.

Despite their painful penalty defeat, the Banagher College team walked away with their heads held high after a hugely committed performance against a very strong St Mary’s team. The defeat brings to end a remarkable period of success for this group, who had remained undefeated from U-15 right through to U-17 level. 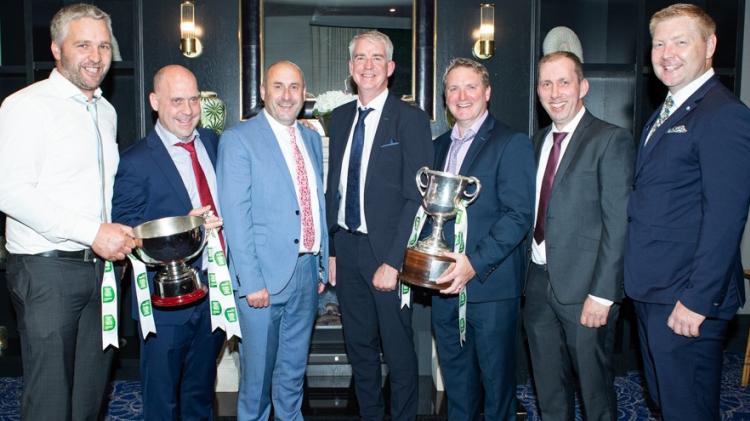