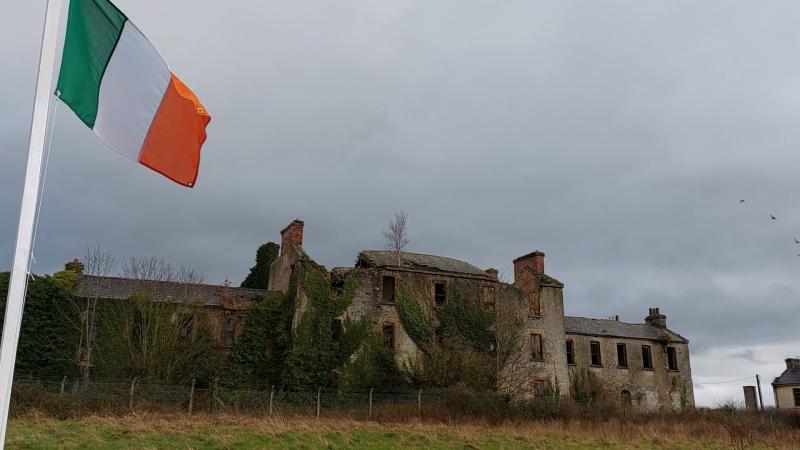 Inaction continues over the problem of one of North Tipperary's most important historic buildings, which is now in a bad state of dereliction.

The problem of getting some progress on the Military Barracks in Nenagh was raised once again during a recent Nenagh Municipal District meeting.

All the councillors want the building to be restored, and they all want the Department of Defence, who are the owners of the building, to take some sort of positive action.

“We should slap a dereliction order on the Military Barracks,” said a clearly frustrated Cllr Seamus Morris. “It is obvious that the Department of Defence is giving us the two fingers.”

Council officials Marian O'Neill and Rosemary Joyce said they sought a meeting with the Department of Defence, and in response the Department said they weren't in a position to meet the Council because of “legal matters”. Rosemary said she wrote to the Department a second time, but there was no reply.

She pointed out that the Department did say they would meet with the executive of the Council if the Council wished to discuss the acquisition of the site.

Cllr Michael O'Meara, Chairman, wondered if putting a dereliction order on the building was the correct route for the Council. “Would doing that in fact mean that the building is closer to being demolished?” he asked. “Nobody wants that. We all want to see the building restored.

“I am not an engineer but I have seen worse buildings than the Military Barracks renovated and brought back to their former glory.”

“We are talking about an important part of our heritage. The Department obviously doesn't give a fiddler's about their sites.”

Cllr O'Meara said they shouldn't forget the fact the building is listed. “We have seen people knock listed buildings and they were subsequently brought to court.

“I wonder how the Department can stand over this lack of action? How can they leave it in such a bad condition? You know, the Barracks is also on the National Inventory. It's a building of huge historical interest. It is very important to the people of Nenagh and the wider North Tipperary region.”

He added that the Department of Defence are saying they want to sell the Barracks to anyone; they wish to put it on the open market.

“You know, I think the fact the Department wouldn't meet us is really poor form. We are elected representatives and shouldn't be treated like this.”

“It is more than just a building”, commented Cllr Morris. “It is a strategic site in Nenagh. There are houses in its immediate vicinity.

“We should write to the Department and find out the result of the title searches they did.”

This week Deputy Alan Kelly said the government would like to see the County Council take over the Barracks. However, this remains vague at the moment and no further information has been provided.

The building was constructed about 1750. The National Inventory of Architectural Heritage describes it as “an interesting complex that serves as a physical reminder of the military garrison that was once part of the social, historical and economic development of Nenagh. The buildings retain notable features and materials, such as the timber sash windows, slate roofs and well-executed stone dressings. The compound is enclosed by a substantial wall and gates, and these are complemented by the various boundary stones.”