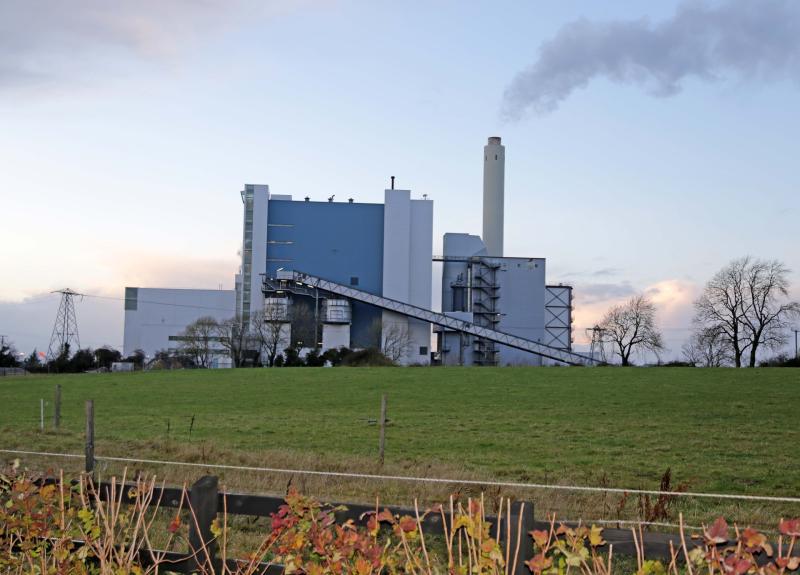 The closure of Shannonbridge Power Station last December has resulted in an annual rates income loss of €1.64 million

Councillors breathed a collective sigh of relief when they learned last week that the Department for Housing, Local Government and Heritage stated it will grant Offaly County Council a sum of €1.7 million, thus making up for the big Rates shortfall caused by last year's closure of Shannonbridge Power Station.

During the October monthly meeting of Birr Municipal District all the councillors warmly welcomed the good news.

Director of Services Stephane Duclot began the meeting by saying that Area Engineer John Mitchell would present to the councillors the financial report for 2022.

Mr Mitchell talked about the current cumulative budget deficit of €1.64 million which the Department for Housing, Local Government and Heritage had said it would look after, at the last minute.

"Offaly County Council had a cumulative current deficit to the end of 2020 of €1.64 million. There was huge uncertainty in relation to the outturn for 2021. Also taking into account the effect of the global pandemic we are all living through, a significant deficit was likely."

He added that by the end of June 2021 an additional €650,000 deficit had been incurred by Offaly County Council. He said the €1.7 million last minute announcement, just before the local authority's budget meeting, was therefore very welcome.
Problems remain, however.

"As the pandemic continued, there is no additional rates income buoyancy to report in framing the 2022 rates budget. If anything, net rates income for 2022 could be lower than 2021. Other income lines (e.g. parking income, environmental charges) have declined dramatically in 2021 due to the effects of Covid and are unlikely to recover well into 2022. Budget 2022 is currently being drafted against a challenging national economic outlook."

Mr Mitchell said that it was the closure of Shannonbridge Power Plant which resulted in a reduction of €1.64m in rates income for Offaly County Council in 2021 and again in 2022, and in future years. "Discussions are ongoing with central government on this issue but currently no continuous long term central funding has been secured to replace this lost income which has arisen directly as a result of the national decarbonisation agenda.

"Offaly County Council currently estimates that additional monies may need to be provided by Offaly County Council to cover the potential inability of businesses in Offaly to pay rates in 2022. There is huge uncertainty in this area and the local government sector continues to lobby the DHPLG (Department of Housing, Local Government and Heritage) on this matter.

"Consequently, discretionary expenditure in all service areas across the entire Council could face cuts in 2022."

The councillors also discussed the GMA (the General Municipal Allocation) which goes to many worthy, small community groups and was being proposed at €170,000 for Birr Municipal District. Cllr Peter Ormond said the GMA is the same as last year for the District. Cllr Eamon Dooley proposed that they go with the proposed figure. Cllr John Carroll seconded. Cllr Carroll said the sum of €170,000 may seem a bit on the small side, but from a morale point of view it is crucial.

Regarding the shortfall in rates because of Shannonbridge Power Station's closure, he said the Councillors are "shooting in the dark", in the sense that they are never sure, year on year, if they are going to get the funding from the Department. "At the moment we are having to go each year to the government with cap in hand. Afterwards, we are never sure if they have listened to us, and each year the money arrives very late.”

Cllr Carroll said the GMA of €170,000 is only a small part of Offaly County Council's total budget of €72 million. Birr Municipal District's budget is about €10 million of the €72 million.

Cllr John Leahy said the Council is on a knife-edge each year since it lost the rates from Shannonbridge Power Station's closure. "Because of the decarbonisation programme and the cutbacks in Bord na Mona and the ESB, life has become that bit more difficult."

Cllr John Clendennen welcomed the €1.7 million. "It was announced by Minister Peter Burke last week and was a big relief to us all, because we were worried, particularly as our County Council budget day in mid November was fast approaching. I don't mean to be cynical but if we didn't have a Minister in the Midlands would we have ever seen this funding announcement, making up for the rates shortfall?"

"One of the purposes of this meeting," remarked Mr Mitchell, "is to consider and agree the amount of General Municipal Allocation to the MD from central funds proposed by the Chief Executive. Typically the GMA will be spent on activities like: Community Groups: Christmas Lights; MD Civic Receptions; Local Arts Schemes, and also to leverage matched funding from other sources. This does not replace the main, strategic, non discretionary expenditure of the local authority, the spending of which will be prioritised by the members as part of the development of a schedule of municipal district works after the budget has been adopted. Areas such as County Roads, Housing Repairs are allocated after the main local authority budget meeting as is the practice.”

Birr Municipal District will meet on Monday, November 8 at 2pm to consider the draft budgetary plan. Cllr Peter Ormond, Cathaoirleach of Birr MD, said it's not certain at the moment whether the meeting will be in the chamber or by zoom. 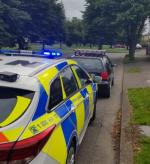