Restoration of bog in Offaly slammed by environmental group 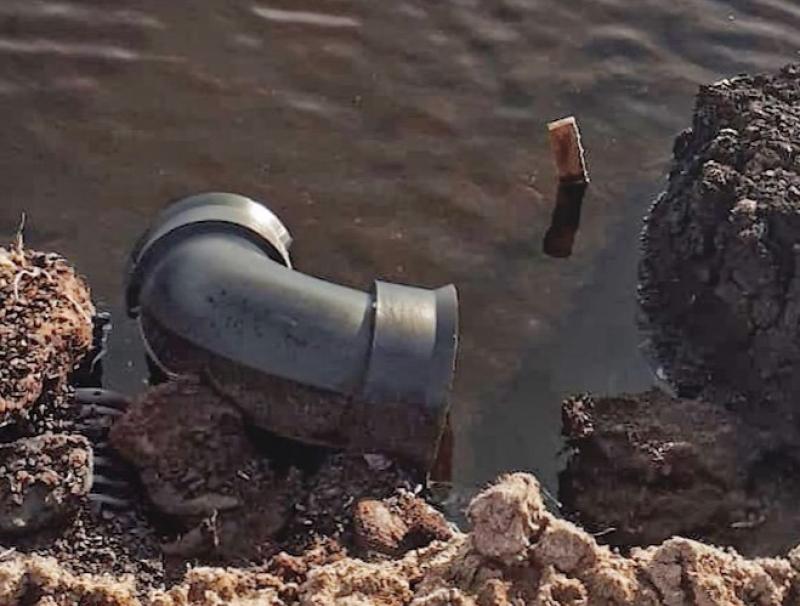 A piece of elbow-pipe on Clonfert Bog which hasn't been joined to a pipe. The FIE said Bord na Mona has shown 'very poor workmanship.'

An example of the much-trumpeted bog restoration programme by Bord na Móna has been slammed by a prominent environmental group.

Friends of the Irish Environment (FIE) have published a short video on YouTube clearly displaying the many things which the semi-state company got wrong during their rehabilitation of Clonfert North (Seymour) bog, which is located a short distance north-west of Banagher in East Galway.

The video has been well put together and it urges Bord na Mona to ‘do better’ in its restoration of Clonfert North.
For the last couple of years Bord na Móna has been engaged in a €108m rehabilitation of many of its cutaway bogs, an essential part of its decarbonisation programme.

The company has done a considerable amount of good work in its bog rehab programme, but it's not always hitting the mark, as shown by the FIE / Clonfert North example.

Clonfert North was restored last year by the company but Friends of the Irish Environment said the company needs to return to the bog and properly do the job.

Bord na Móna was given €108m in November 2020 for “Restoring Raised Bogs for a Greener Future” program. The site in East Galway in the video is part of the 7,200 hectares that Bord na Móna claims to have restored. The scheme will cover an area of approximately 33,000 hectares of Bord Na Móna peatlands previously harvested for peat extraction for electricity generation; and will create 310 jobs.

The video of the bog near Clonfert begins with a Bord na Móna quotation from a couple of years ago: “We're restoring and rehabilitating Ireland's bogs to help meet climate and biodiversity goals.” The FIE responds in the video, to this statement, with the comment, “You're not doing it very well!”

The video shows a landscape “more like Africa’s Sahel than Ireland” and photographs drainage pipes “sticking up like chimneys”, eroding banks, and unconnected pipes. The video also highlights deep water easily accessible beside the road which locals fear may lead to drownings in the summer. There are no warning signs and no safety equipment, according to the video.

While Bord na Mona’s remit for this project includes “more intensive management of water levels through drain-blocking and bunding” and “re-profiling that will deliver suitable hydrological conditions for development of wetlands, fens and bog habitats”, “the video appears to paint a very different picture”, according to FIE.

In an introduction to the video, released today on Facebook, FIE said it is expanding its monitoring with drone investigations of “what appears to be wide-spread engineering incompetence, sub-standard workmanship and dangers to the public”.
The €108m scheme is administered by the Department of the Environment, Climate and Communications (DECC) and regulated by the newly funded National Parks and Wildlife Service (NPWS). A notice on the Government’s website announcing the scheme said “It will involve many other diverse stakeholders including Bord na Móna, the EPA, relevant NGOs, local authorities, representative organisations and importantly, the local community.”

FIE is appealing to communities in the midlands to report similar failures in rehabilitation on their website Hotline.

Here are some of the comments which FIE makes on its video as it's showing views the various things which haven't been done right:

“No water in the ponds. Two pipes either side – for what reason?”

“Water eroding away the side walls of embankments.”

“Water not even reaching the inlet pipe.”

“Pipe not even joined to the inlet elbow.”

“Base of pond too deep one side and too high the far side. What benefit is this?”