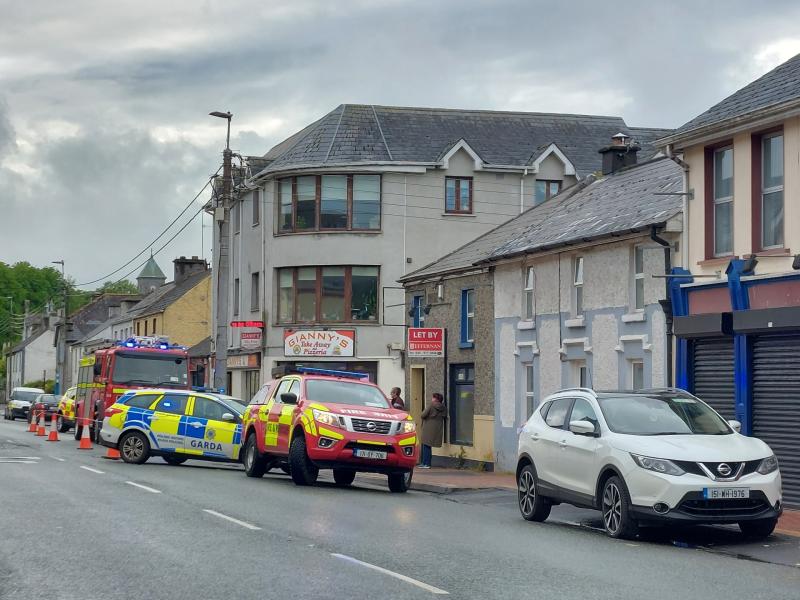 Emergency services attended the scene of a suspected explosion and fire at a chipper in Offaly on Tuesday evening, May 17.

Gardaí confirmed the fire at Gianny's chipper on JKL Street, Edenderry, at a junction known locally as New Row Corner.

It is understood a gas explosion caused the fire.

Residents from apartments above the premises were evacuated. There was a partial road closure in place at New Row Corner.

Gardai, Offaly Fire Services and a number of ambulances attended the scene.

Gardai have also confirmed to the Offaly Express that two men were taken from the scene to St James Hospital to be treated for injuries.