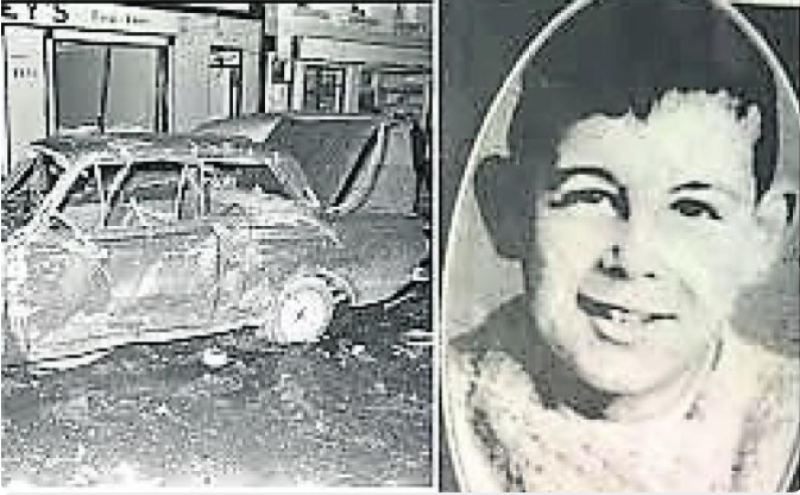 Paddy Stanley was only 16 when he was killed in a bomb blast in Belturbet, Co Cavan on December 28, 1972.

Fianna Fail TD Brendan Smith has renewed his call for a full investigation into the Belturbet bombings during which a teenager from Clara lost his life.

Paddy Stanley was only 16 when he was killed in a bomb blast in Belturbet, Co Cavan on December 28, 1972.

Paddy was working as an assistant, delivering gas cylinders to businesses. He and the driver had just one last stop to make but the shop they were due to make a delivery to was closed which meant they had to stay the night.

Paddy went across to a shop to phone his family to let them know he wouldn't be home until the next day. But the phone was busy so he walked to the post office.

Meanwhile a car had been left primed and waiting on the main street. The no warning explosion ripped through the town, killing Patrick and another teenager named Geraldine O'Reilly (15). Geraldine was buying chips at the time while her older brother waited for her in the car.

Meanwhile, at the Stanley home in Clara, the family believed Patrick was on his way home. They had been watching the television when they heard that three people had been injured in a bombing and the family knelt down to say a prayer for the victims and their relatives not knowing that their son and brother was one of the deceased. That was until the local priest knocked on the door to tell them the devastating news.

No one has ever been brought to justice for the bombings. Deputy Brendan Smith has renewed his call for a proper investigation into the crime.

''I repeat that I believe that there has not been an adequate or comprehensive investigation by the authorities in Northern Ireland into this bombing. I put on the record of this House, in September 2020, information that had come directly to me courtesy of the good work of Professor Edward Burke of the University of Nottingham. Professor Burke's detailed report on the activities of loyalist paramilitaries, particularly in the Cavan-Monaghan area, shows very clearly that there was collusion between some British state forces and loyalist paramilitaries in a series of attacks in Cavan and Monaghan.

One of the subheadings in Professor Burke's detailed article is: "Blowing up Belturbet: Loyalist operations in County Cavan". That article includes the following:

At approximately 9:00 p.m. on the night of December 28, a red ford escort with at least two passengers, a young man and a woman, crossed the bailey bridge at Aghalane and made its way to the nearby town of Belturbet in County Cavan. An hour and a half later, the same car exploded on Main Street, Belturbet, killing two teenagers, Geraldine O’Reilly (15) and Paddy Stanley (16). Twelve more people were injured, some seriously, including Geraldine O’Reilly’s brother.

At my request, the Taoiseach has raised this very important issue with the British Government on the need to address our ongoing request for a full and comprehensive investigation. We need answers and the very least the O'Reilly and Stanley families deserve is the truth having suffered decades of grief. Almost a half-century has passed since that fatal night in Belturbet. We must never forget that it is never too late to get the truth.

That bomb, with such devastating consequences, originated in our neighbouring county of Fermanagh. We talk in macro-terms about legacy issues and dealing with the past but what we are talking about here is life and death.

We cannot deal with the past without getting full cooperation from all relevant security agencies. I know many families who have lost loved ones, including the O'Reilly and Stanley families, who have not got the truth, but those families have acted over the decades with such grace and dignity. They want to get the truth and they fully realise that getting prosecutions will not be easy. Unfortunately, time is passing,'' said Deputy Smith.