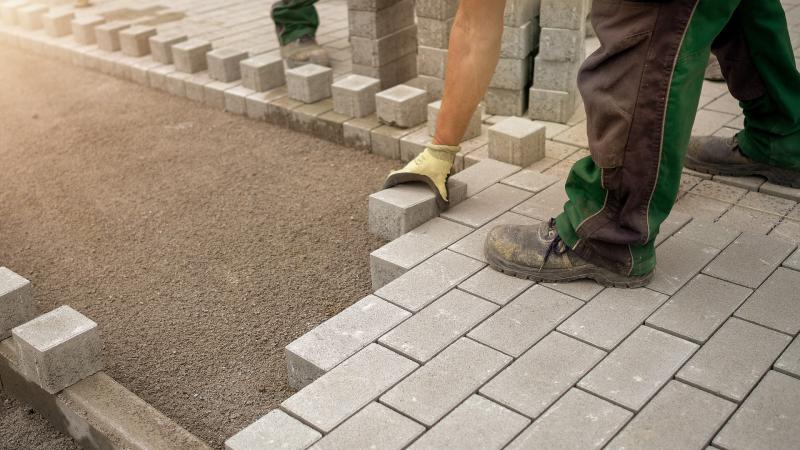 A MAN hit a co-worker on the head with a cobblelock mallet when they were working on a footpath in Edenderry, Tullamore Circuit Court has been told.

Christopher Doheny, Pike of Rushall, Co Laois, denies assaulting Alan Fisher at JKL Street, Edenderry on October 27 last year when both were working for a Mountmellick company, Dunne Brothers, which was contracted to repair a footpath on the street.

Alan Fisher said he had heard that “young Chris” was insulting the work carried out by himself and his son and because he took offence he confronted him.

When a scuffle broke out he punched Christopher Doheny Junior twice and then he remembered feeling a severe impact on the right side of his head which stunned him.

Mr Fisher said he had never been hit like that before and he had experience of martial arts.

“I was just in a daze for a good hour or two after that,” he said.

He was hospitalised and his cheekbone had to be reconstructed with steel plates and he still suffered from the injury.

When CCTV footage was played in court, Mr Fisher said he could see himself being hit by Christopher Doheny Senior with a hammer.

Cross-examined by Damien Colgan, SC, defending (instructed by Josephine Fitzpatrick, solicitor), Mr Fisher accepted that there had been “some argument” with the Dohenys six or seven weeks earlier and he had heard it was said that one of the Fishers was off his head on drugs.

Tullamore Tidy Towns to get another €1,200 from man guilty of littering

He said his brother wasn't taking drugs at the time and while he had been a heroin addict previously, at the time of the offence he was trying to come off it.

Mr Fisher also said what happened six or seven weeks earlier was not the reason he had confronted Christopher Doheny Junior.

The trial began on Tuesday and is continuing today (Wednesday, December 15).