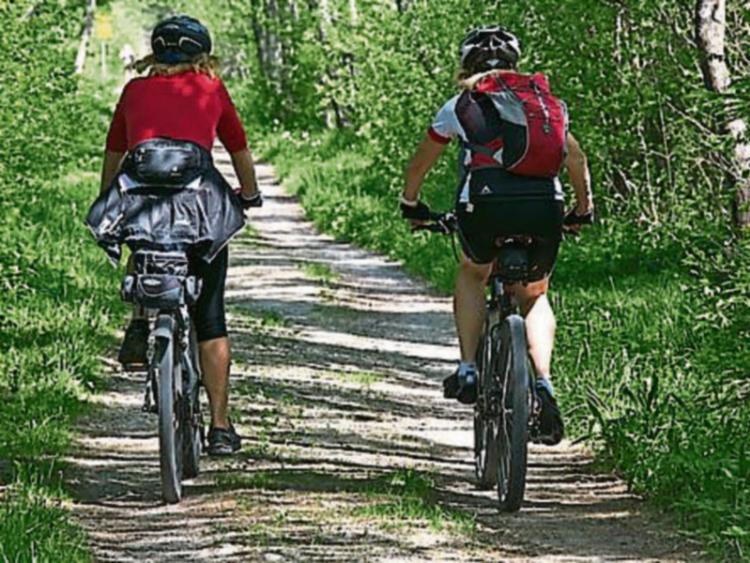 Minister for Rural and Community Development, Michael Ring, has announced €8 million for greenways, walking trails and other recreational projects, including €500,000 for one Midlands initiative.

18 projects will be supported under Measure 3 of the Outdoor Recreation Infrastructure Scheme. The Midlands greenway network will see a significant upgrade with the announcement of €500,000 for Westmeath County Council.

This funding will facilitate the completion of a linkage of the Grand Canal Greenway to the Royal Canal Greenway at Kilbeggan.
The development will consist of a greenway link along the former Kilbeggan Branch Canal for 13km and provision of a 1km line from the greenway which terminates at the harbour into the urban core of Kilbeggan Town.

The grants being announced today will support a mix of large-scale repair and upgrade measures and new strategic trail development measures, with grants of up to €500,000 each under the Outdoor Recreation Infrastructure Scheme.

Making the announcement today, Minister Ring said: “I am delighted to announce funding of €8.14 million to 18 projects that encapsulate the diversity of work that is ongoing across the country to provide high-quality recreational infrastructure for visitors and locals alike.  The projects which I am approving today range from innovative mountain bike trails in Sligo, to developing an 18-acre municipal park in Wexford."

“In addition, funding will support the development of a new cycle corridor from Lough Key Forest Park & Activity Centre to the town of Boyle, assisting it to realise its tourism and economic development potential."

“Recreational tourism is a growing part of Ireland’s tourism offering, and we have seen an increase in the number of Irish and overseas visitors enjoying the many greenways, blueways and walking trails which have been developed around the country in recent years," Minister Ring said.

“The funding which I’m announcing today builds on €1.8 million which I allocated earlier this year to 128 smaller scale local projects under the Outdoor Recreation Infrastructure Scheme. Approximately €30 million has now been allocated to over 500 projects under this scheme since 2016 to improve walking trails, greenways and other recreational amenities for communities and visitors all over Ireland."

The Minister added: “Local Authorities, State Agencies and communities have spent significant time and effort developing the project proposals over the last number of months and I am very happy to be able to provide the financial resources necessary to support so many projects, whether at local or regional level."

"I firmly believe that the continued development of our recreational infrastructure will not only support Ireland’s rural tourism potential, but will also provide a diverse range of recreation options for local communities to support their own health and fitness and enjoy the countryside with their families. I will be making further announcements at a later stage in relation to mid-sized projects which have applied for funding under a separate strand of the Outdoor Recreation Infrastructure Scheme.”