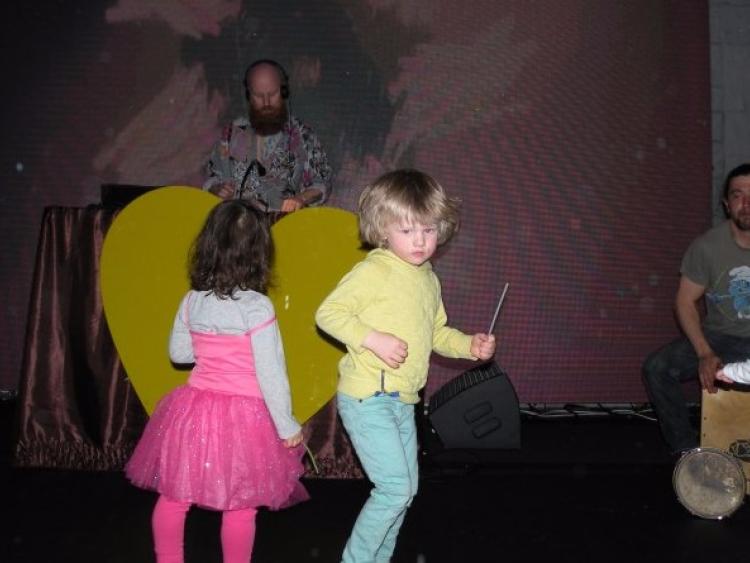 The last time I was at a rave was back in 2010 in the woods at Electric Picnic. I was 27-years-old, not married and child free. And to say I was slightly intoxicated would be the understatement of the century!

I re-visited my youth recently (minus the intoxication!) and want to my first rave in seven years. It was rather different from my last raving experience however. This time I had a husband and two children with me, it was on at 9am and I drank water instead of Buckfast!

So we had our first ever Morning Gloryville experience. For those who are not familiar with it, it’s an event that allows people to rave their way in to the day and alcohol, and any other substances for that matter, are strictly prohibited. So you dance your way in to the day, enjoy a water, coffee, smoothie, a spot of massage or yoga and normally head off to work after the rave has come to an end.

Morning Gloryville is not a new concept to Dublin but last Saturday’s event was the first to take place at the weekend. When one of the organisers got in touch with us, I thought it would be a brilliant way to start off our Easter weekend.

Saturday’s rave started at 9am in Number Twenty Two on Dublin’s Anne Street and I must admit I was a little nervous that Aidan and Sarah would freak out about the noise of the tunes. Whereas I was a bit concerned that I would be way too self conscious to let go and boogie with not a drop of drink in my system.

First up let me say I was so surprised by the amount of kids at it. I was worried that it wouldn’t be suitable at all despite reassurances from the organisers. They were tiny babies, toddlers, tweens and teenagers so that instantly put us all at ease.

Anyone that regularly follows It’s Just a Phase will know that Aidan is a daft as a brush. I knew he’d get the most benefit out of the rave. They both were a bit apprehensive at first but it didn’t take my oldest long to get in to the grove.

Rhythm is a Dancer

I had to leave my self consciousness at the door because Aidan wanted to get up on the stage and dance but wouldn’t get up unless I did. So there I was on a Saturday morning with my glow-stick raving on stage with my four-year-old. And once he found his rhythm there was no stopping him. He literally spent two hours dancing on stage and he loved it.

So many of the adult ravers were willing to interact with him. He tried his damndest to emulate their dance moves. When one guy hopped up of stage wearing a vest top with his glow-sticks in the belt loops of his trousers, Aidan gave me the nod. I had to take off his hoodie, put his glow-sticks in his belt loops and off he went like a maniac. He was giving it socks.

Sarah was a little bit more apprehensive. She wasn’t scared but wouldn’t go up on the stage to rave with her little brother. She was, however, mesmerised by the trippy visuals, psychedelic disco ball, aerial performers and hoopers. And the Easter bunny MC was a bit hit with her.

Upstairs and away from the dancing, there was a chill-out area. There were comfy sofas and yoga but Aidan was way too hyped up to be bothered with yoga! Food, teas and coffees were provided by Lolly and Cocks. There was also a water station to keep everyone hydrated. Thank God too because it was roasting in the place.

I have to say, all-in-all, it genuinely was an epic way to start the day. We’ll all be there with bells on us the next time there’s a weekend Morning Gloryville rave. Aidan is asking to go back to the ‘disco’ already.

When I told a few friends I was taking the kids to a rave they all looked at me sideways. No doubt they were thinking I was a totally irresponsible parent. Said friends hadn’t heard about the Morning Gloryville concept though. They don’t know what they are missing.