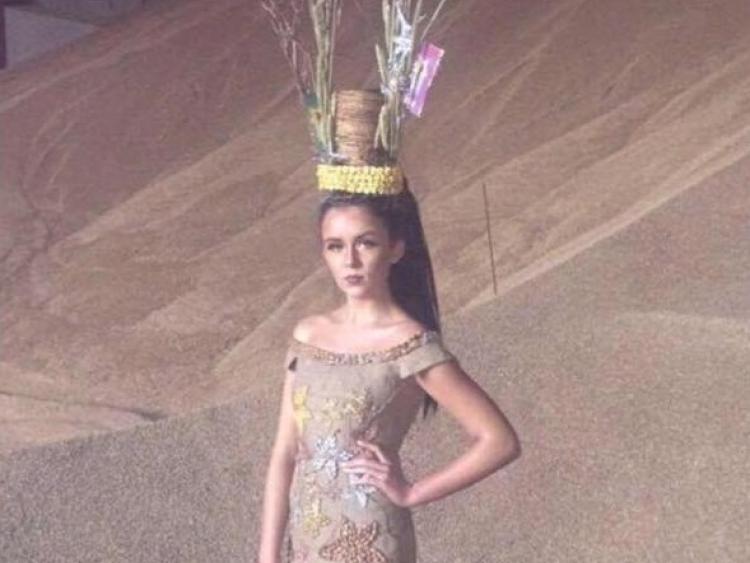 An Offaly entry was among the top winners at the prestigious National Final of Bank of Ireland Junk Kouture 2017.

The team behind 'Sew Corny' from the Sacred Heart School in Tullamore, Sarán Quinn, Katie Guinan and Leah Spollen, scooped the Bank of Ireland Enterprise Award. The dress was made from Made a variety of grain such as maize and corn, and hession sacks. 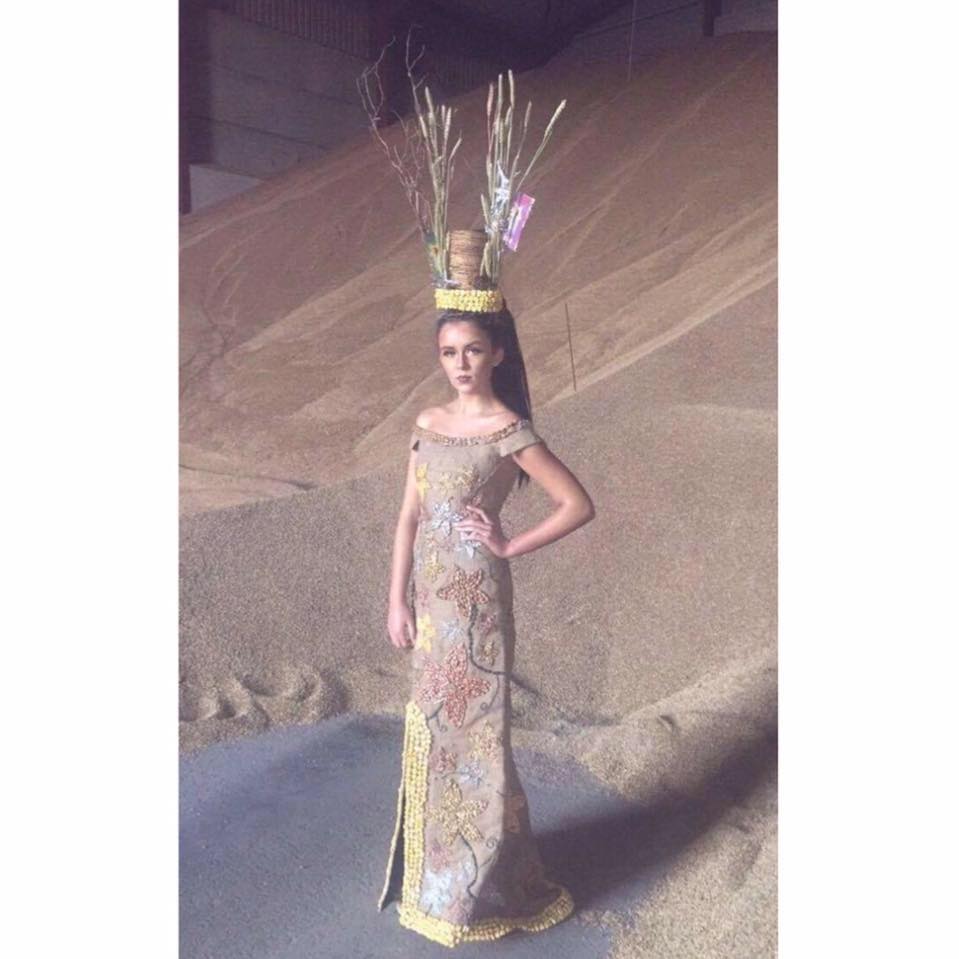 ‘Engimatic’ from Scoil Mhuire Secondary School, Buncrana, modelled and designed by Mariusz Malon with an ingenious use of an old trampoline, a broken chandelier and an old carpet maker was proclaimed the overall winner of the prestigious Kouture competition.  Mariusz won the Northern Regional prize last year proving that hard work and dedication pays off. The winning school receives a cash prize of €2,500 and each member of the team will receive a cash prize of €500 and a mini iPad.

Mariusz surpassed all expectations and blew the star studded judging panel away; made up of ex-Voice of Ireland coach and The Saturday’s singer Una Healy, guru to the stars and infamous X Factor judge Louis Walsh, Jane Leavy director of fashion at Griffith College, art and design educator Tracey Fahey and fashion designer Rhys Ellis who recently showcased his designs made from reused coffee pods in Selfridges, London. The judges had the unenviable task of choosing the overall winner of 2017’s Bank of Ireland Junk Kouture along with judging several other categories.

The two Bank of Ireland Glamour Prizes were deservedly awarded to ‘Melondramatic’ from Our Lady’s Bower, Athlone and ‘No Strings Attached’ from St Louis Grammar School, Ballymena, who win the opportunity to model their outfits on the red carpet at the world famous Royal Premier in London.

Students have been working tirelessly since the beginning of the school year formulating exceptional ideas and then curating their concept pieces. They faced the challenge of transforming recycled materials into haute couture outfits suitable for a foray down the catwalk. Each of the 83 finalists pulled out all the stops, putting on a dazzling show in the country’s largest indoor venue before thousands of screaming fans who were entertained by Irish band Seo Linn, Eurovision hopeful Brendan Murray and Hometown boy Dayl Cronin danced his way into the hearts of the 5,000 strong audience with Dancing with the Stars partner Ksenia Zsikhotska. The evening was MC’d by Xpose’s Glenda Gilson.

Laura Lynch, Head of Consumer Banking Segments at Bank of Ireland, said ‘We were blown away by the exceptional talented young designers and performers at tonight’s Grand Final. The creations on stage were simply amazing and the performance by the student models exceeded all expectations. As Ireland’s leading Bank for students, we are thrilled to support a competition which provides young students with a national platform to showcase their innovation and creativity.  This year was the biggest number of entries to date with nearly 4000 students entering the competition through our 250 branches nationwide. On behalf of the Bank of Ireland, I would like to congratulate all our competition winners , thank you everyone who entered and wish all our designers the very best of luck in their future careers’.

Sara Ryan from Bank of Ireland Junk Kouture revealed: “As one of Ireland’s most prestigious stages, 3Arena played host to the crème de la crème of young Irish design talent. This year we were delighted to see our annual application cohort increase from 900 entries last year, to 1300 this year. We were also enthused to have for the first time ever an additional ‘Eastern’ regional final in 2017 which brought a new wave of creativity and fresh input making this year’s final, making it our strongest and most competitive yet.”