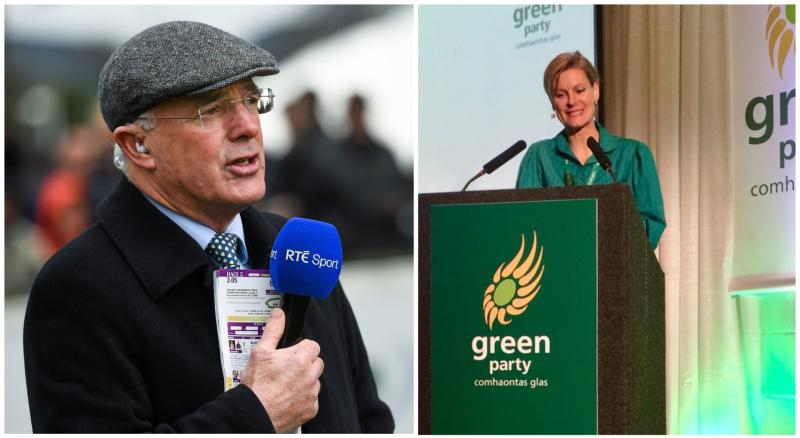 Offaly minister within the Department of Agriculture, Pippa Hackett, has criticised trainer and commentator Ted Walsh for comments he made on RTE's coverage of Punchestown 2022 last week.

This is completely unacceptable commentary from Ted Walsh on @RTEsport. I don’t think anyone in racing or bloodstock could condone the use of this sort of language in relation to a horse. It does nothing for Irish racing. https://t.co/F2STtXsPtr

Ted Walsh, who trains Aintree Grand National runner-up Any Second Now, called the horse who refused to jump a "dirty rotten so and so." He later called the horse "chicken-hearted," adding that "a hiding wouldn't be good enough for him."

The comments caused outrage among animal welfare groups, including the My Lovely Horse charity who said: "How can anyone who knows horses & is fortunate enough to spend their life with them not have anything but complete admiration & love for them?"

They also said: "We love horses, they inspire us each & every day with their beauty, their elegance, their strength & their resilience.

"They have been with us through our history. They carried early explorers over miles of rocky terrain. They stood faithfully by our side in war, carrying us through bombs & shelling, then dying beside us in the destruction we created.

"They run their hearts out for us, not for themselves, & they give the best they can. We must always remember that we never asked them whether they wanted to be a part of our human world & yet here they are, still carrying us & still doing their very best to serve us.

"At MLHR, we always remember that we are not their masters & that when they allow us near them, it is a privilege & when they choose to serve us, it is an honour.

"Horses don’t ever deserve to be treated with derision or disrespect & we should never forget how lucky we truly are that such powerful & intelligent creatures are humble enough to be our friends."

Ted Walsh has since come out and apologised for his comments, telling Independent.ie that he would “never condone the use of physical force on any animal."

He said his reference to a hiding not being good enough for the horse was an "unfortunate turn of phrase" and that it does not reflect his views on animal welfare. He said he sincerely apologises for any offence that his words caused.