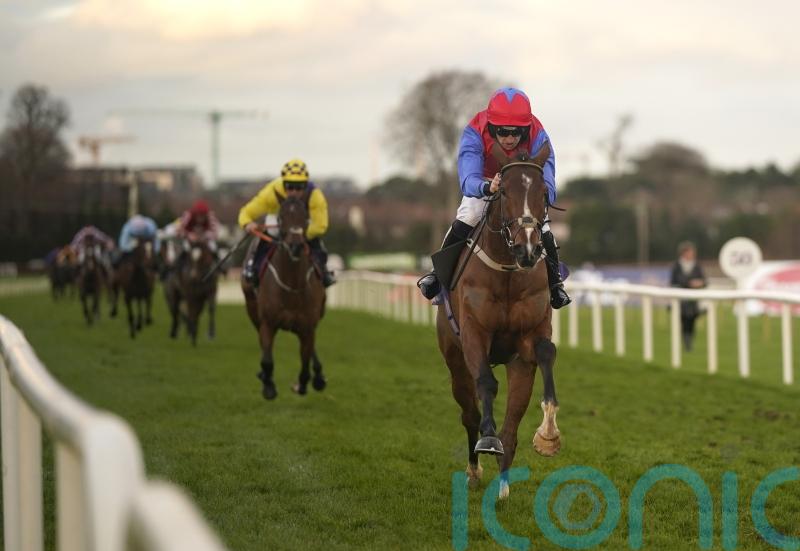 The pecking order of Willie Mullins’ Champion Bumper horses may still yet to be determined, but the Closutton trainer’s battalion is certainly taking its usual formidable shape.

Mullins has won the Cheltenham Champion Bumper a record 11 times since 1996, including the last two renewals with Ferny Hollow and Sir Gerhard.

And with four bumper winners in as many days over the Christmas period, hopes are high that at least three of them will line up in the Weatherbys-sponsored championship event at the Prestbury Park track on Wednesday, March 11.

Progression is anticipated from Facile Vega, who made a winning debut at Leopardstown on Sunday, and both Embassy Gardens and Redemption Day, who did the same on Monday and Tuesday, over the same course and distance.

Patrick Mullins, assistant to his father, said: “The Nice Guy (winner on Wednesday) will go jumping. The other three could all be Champion Bumper horses.”

Embassy Gardens, a son of Shantou, is owned by Sean and Bernardine Mulryan and is a general 20-1 chance for the Champion Bumper after his nose success.

“Obviously Embassy Gardens will probably need to improve, but of the three, I think he is the one who will improve the most,” added Mullins.

The Tim O’Driscoll-owned Redemption Day was installed as the 6-1 third-favourite for the Champion Bumper by Paddy Power following his four-and-a-half-length triumph.

Yet arguably the most visually impressive of the Mullins yard’s bumper quartet of winners was Facile Vega, owned by the Hammer & Trowel Syndicate, who ran out an impressive six-length winner.

The son of Walk In The Park is out of six-time Mares’ Hurdle winner Quevega and is the 4-1 second-favourite for Cheltenham with Paddy Power, behind the Gordon Elliott-trained American Mike (11-4).

Mullins said: “Redemption Day is probably the quickest of them and Facile Vega is taller and probably has the most scope of them, so we have all different shapes and sizes.

“There are some tough decisions to make, but it is good position to be in.”