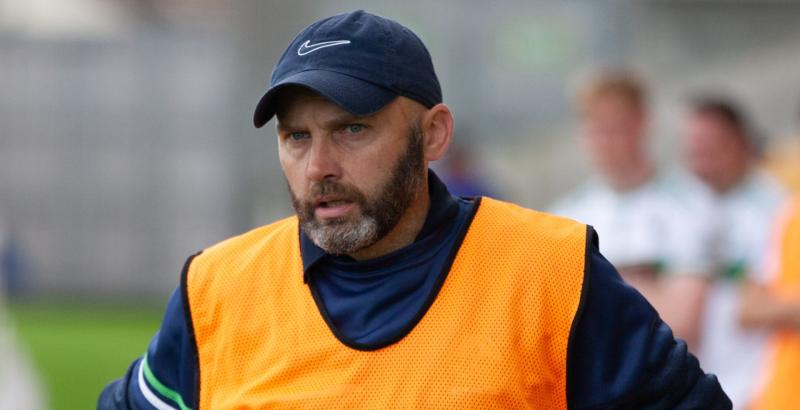 With five of the six qualifiers already known in the Molloy Environmental Systems Senior Hurling Championship, the really big issue to be decided in the last round of group games next Sunday is the final one. That will be either Birr or Kinnitty and that is the standout game in the last round of fixtures, even though the two group winners and semi-finalists also have to be determined.

Kilcormac-Killoughey, St Rynagh's, Belmont, Shinrone and Ballinamere are all safely through with a round to go.

The top team in group one will be either Kilcormac-Killoughey or St Rynagh's and they meet in Tullamore next Saturday at 6pm – the final four games take place at the same time at different venues on Saturday evening. A draw will earn K-K top spot with the winner going into the semi-final.

The third qualifying spot in that group will be the winners of Birr and Kinnitty. They clash in Rath and a draw will be enough for Kinnittty. Clodiagh Gaels have completed their programme of games and are in the relegation play off.

In group 2, Belmont and Shinrone clash with the winners claiming top spot and a semi-final place – a draw will put Belmont into the semi-finals. Ballinamere have played all their games and will be in third place unless Shinrone suffer a bad beating. Coolderry have been the big casualties here and they play Seir Kieran, needing a draw to avoid the relegation play off – both have lost their three games but Coolderry have a better scoring difference and a draw will be enough for them.

The final round is on Saturday at 6pm:

In normal circumstances, you would have no hesitation in predicting a Birr win over Kinnitty. That is still the likely outcome but this game is fascinating, the pick of the final round of fixtures with the most at stake. Kinnitty have improved considerably this year and had an excellent draw with champions and title favourites St Rynagh's the last day. They were very close to a win but the result suggests they have a good chance here. Birr have not been convincing this year, though their results have gone exactly as expected – defeats to St Rynagh's and Kilcormac-Killoughey and a win over Clodiagh Gaels. This is their biggest game of the year and the repercussions of a defeat are huge.

It would be absolutely wrong to suggest that Kinnitty have nothing to lose here. They have a quarter-final place to lose and getting there would be a huge achievement for them. To suggest they have nothing to lose would also belittle what they have done, the way they have played this year and their ambitions. They have earned full respect. At the same time, they don't have the same pressure as Birr on them and that is a help. Birr should survive but this is by no means the formality it would have been a few years ago.

This game will attract little of the interest and only a fraction of the intensity that a big knockout one between St Rynagh's and Kilcormac-Killoughey would have. The stakes aren't that big. A semi-final place is on offer for the winners and they would put like the chance to get in serious work in the next few weeks but neither manager will mind going the quarter-final route and having an extra big game.

Both sides have a bit of improving to too. K-K have won their three games, doing all that they can do, but they haven't hit top gear yet. It remains to be seen if they have extra gears to find and this game will tell more but they are title contenders. K-K are in a bit of a transitional period. They have a couple of players on their last legs at this level but haven't moved them on yet. They have great young talent coming up but it may take a couple of years for them to become a force. Yet there is a championship there to be won this year and it could be them. St Rynagh's are aiming for four in a row and their draw with Kinnitty raises questions. Yet, it is too early to read anything into it and this one will tell more. It is close to a 50-50 game but Rynagh's are the favourites.

This is a big game for both. While neither St Rynagh's or Kilcormac-Killoughey will mind a quarter-final, direct qualification for the semi-finals is by far the preferred option for Belmont and Shinrone. It will put them one game away from a final and you never know what will happen here while they will find themselves in a real dogfight in the quarter-finals.

It is a very hard game to call, a genuine 50-50 one. Both have done very well this year with both unbeaten – Belmont have won their three games while Shinrone have won two and drawn one. No result will be a surprise here apart from a big win for either.

This is a very tricky game for Coolderry and they need to be on high alert for it. Normally, Coolderry would be expected to beat Seir Kieran comfortably but there are doubts about their interest levels now that they can't make the quarter-finals. Seir Kieran have performed better this year than 2021 and staying up is their goal. They will see this game as an opportunity. Coolderry do not want to be in the relegation play off against Clodiagh Gaels. They are too good to go down but if they take their eye off the ball, that could happen. We will know after a few minutes here what their frame of mind is.