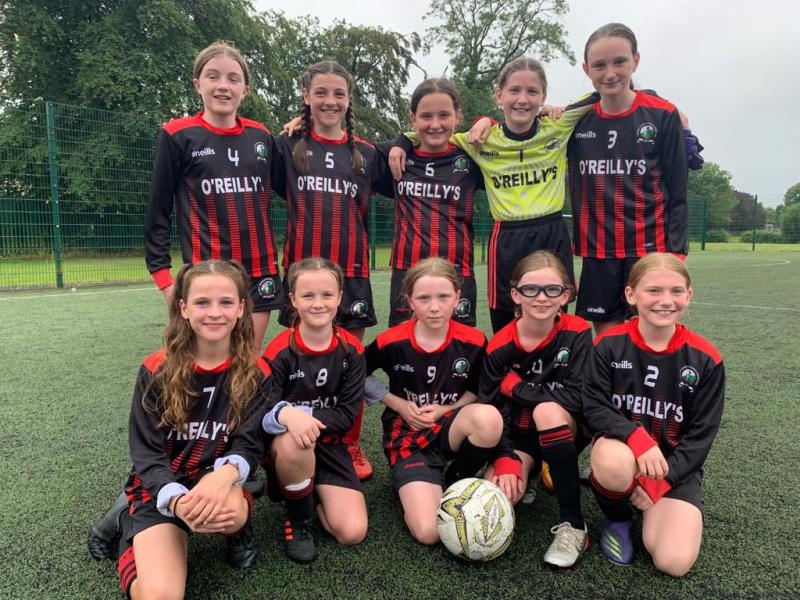 Led by team manager Lorraine Dunne and coaches Niall Stack, Johnny Sheeran and Nigel Dunne, the girls triumphed in a very competitive Offaly tournament before getting the honour of representing the county at Leinster level.

The girls started out their county campaign when they overcame a strong Shinrone team by 6 goals to one in a lively encounter in the pond. Leah Stack was the hero on this occasion with 5 goals to see the girls progress, but it took a magnificent performance from team mates Ava Sheeran and Thea Farrell who controlled the midfield to give the attackers the platform to shine. That result saw the girls through to the county finals where they would face local rivals Tullamore, who themselves overcame Edenderry on the other side of the draw. Played on a fine evening in Leah Victoria Park,  Killeigh took an early lead through t Leah Stack before Amy Gill took over the goalscoring duties to add  another 4 first half goals. Killeigh continued to control the second half and added a 6th when a pass from Rachel Stack set up her sister Leah to score her 2nd goal before Emma Dunne combined with Ava Sheeran to net a 7th goal and round off a 7-1 victory.

Leinster quarter final stage was next on the agenda where the girls travelled to Moate to face Westmeath Champions Tang/Drumraney. This was a very tight game where both defences dominated for long periods. Killeigh had their defenders Amy Doyle and Ellen Dempsey to thank as well as goalkeeper Nicole Dunne as Tang/Drumraney opened the stronger of the two teams. The longer the game went on the more Killeigh started to take control and again through midfielders Cara Lambe and Rachel Stack before the goal scoring duo of Amy Gill and Leah Stack grabbed a goal each to ensure a 2-1 victory.

Leinster finals day in Longford saw the girls take on Kildare champions St.Conleths in the opening semi final while Ballon Rathoe (Carlow) faced Kentstown Beauparc (Meath) on the other side of the draw. In showery conditions Killeigh had the perfect start when Thea Farrell fired to net to settle any early nerves following some great play between Emma Dunne and Ava Sheeran. Thea Farrell then added a second in quick succession and Killeigh never looked back, eventually running out 5-0 winners. Although it looked comfortable on the score line St.Conleths never gave up and continued to threaten. But for the defensive work of Amy Doyle who nullified their key attacker and goalkeeper Nicole Dunne, the scoreline could have had a different complexion. Meanwhile on the other side of the draw, the Carlow champions were looking exceptionally strong in overcoming the Meath champions by 3-1. The final in the afternoon was shaping up to be a terrific game.

Thankfully the clouds had cleared for the final but the showery weather was replaced with stifling heat which made things difficult for the players. Carlow started the stronger and tested the Killeigh defence who had Ava Sheeran and Ellen Dempsey to thank for keeping the score at 0-0 gave coming in to half time.

Carlow opened the scoring early in the second half when a controversial free kick from the edge of the box was converted to the back of the net. Killeigh then to improve but Carlow and clearly done their home work and doubled up on Leah Stack to try and nullify her threat as the game went on. This turned out to be a mistake on their behalf as it allowed Ellen Dempsey to step up from defence to attack and to totally dominate the midfield area which Carlow and left open.  At this stage Killeigh were completely dominant and creating chance after the chance only to be thwarted by the superb Carlow goalkeeper. A commanding performance from Thea Farrell and Amy Doyle at the back allowed Killeigh to push on and were unlucky when both Amy Gill and Emma Dunne had chances smothered by the goalkeeper.

The pressure would eventually tell when a trademark strong run from Ellen Dempsey made space for Leah Stack who despite being double marked still managed to find the space and level the game. Killeigh continued to push for a winner with Rachel Stack and Cara Lambe both going close before Carlow caused a late scare  by creating a chance that rolled across the face of the goal before keeper Nicole Dunne managed to push the ball to safety.

Extra time now faced both teams who were starting to tire in the heat. Carlow changed tactics for the second half realising the danger that Ellen Dempsey was creating and sacrificed a player to through and stop her runs from deep. This proved to be unsuccessful, however, as she continued to be just as dangerous in the first period of extra time. Leah Stack, now free from being double marked, started to find more space and added a second and third goal in quick succession to give Killeigh a 3-1 lead at the half time period.

With both teams now very tired, Killeigh looked comfortable in absorbing the Carlow threat whenever they ventured forward. Play was stopped for an extended period of time as Amy Doyle received treatment for a heavy blow to the head before eventually having to be replaced by Rachel Stack.  Rachel however picked up where Amy left off in marking the start Carlow attacker and giving her no space on the ball. Carlow scored a consolation late goal to make it 3-2 but Killeigh were comfortable at this stage.

Cue the celebrations at the full time whistle when Killeigh were crowned Leinster Champions thanks in no small part to the hat trick from captain Leah Stack, but also from a player of the match performance from Ellen Dempsey. Killeigh now progress to represent Leinster at the All Ireland series in University of Limerick in September. 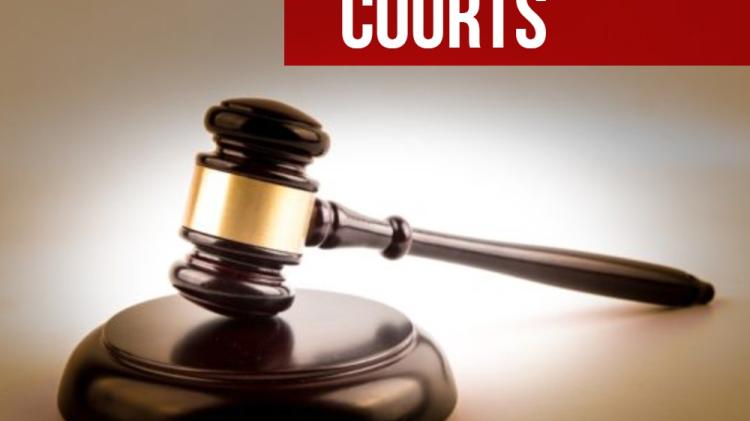