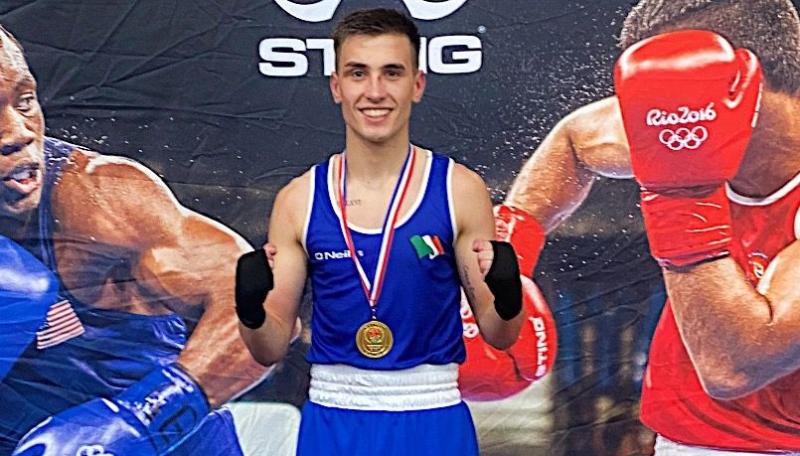 Paul Loonam travelled to compete in the prestigious International Tournament, Haringey Box Cup which was in London.

There was seven boxers in his 60Kg Elite category including boxers from Canada, England and Ireland.

Pullough man, Paul boxed against the London champion Blake Binskin in the quarter finals and won his bout 5/0. Next up was the Canadian number one Yacine Benaoudia , Paul stayed one step ahead of him perfecting his performance to gain another unanimous decision. In the finals day he came up against a good opponent in Lewis Harvey from the England. It was a great contest from both boxers but Paul picked up the contest yet again on a unanimous decision.

Paul would like to thank his father Paul and brother Kevin for the preparation.