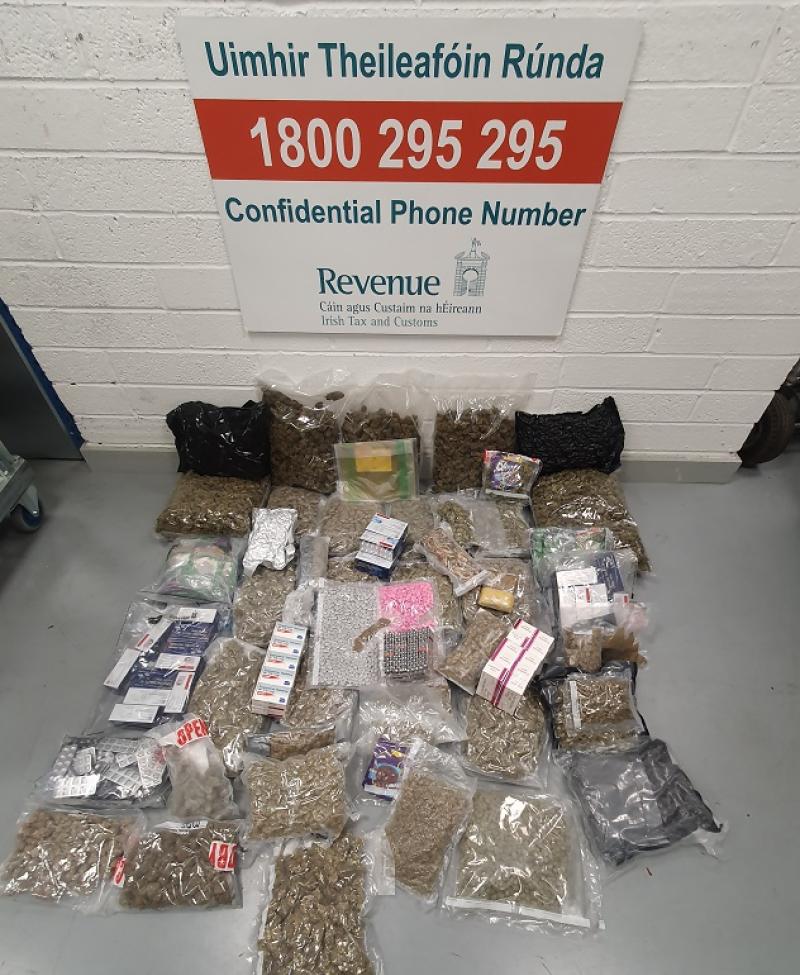 Revenue has seized a number of parcels of drugs with some of the stash destined for addresses in Offaly.

As part of routine operations on Tuesday, and with the assistance of detector dogs Bailey and Sam, Revenue officers examining parcels at premises in Dublin seized illegal drugs with a combined estimated value of €272,000.

The parcels were destined for addresses in Dublin, Galway, Cork, Meath, Limerick, Carlow and Offaly.

The illegal drugs were discovered in over 40 separate parcels that originated in multiple locations including the United States, Spain, Canada, Portugal, Italy, Bosnia and Herzegovina, United Arab Emirates, France, India and the United Kingdom. The parcels were declared as items such as ‘toys’, ‘tea’, ‘boxing gloves’, ‘trousers’, ‘chewing gum’ and ‘organisers’ and were destined for addresses across the country.

These seizures are part of Revenue's ongoing operations targeting the importation of illegal drugs. If businesses or members of the public have any information regarding smuggling, they can contact Revenue in confidence on Confidential Phone Number 1800 295 295.