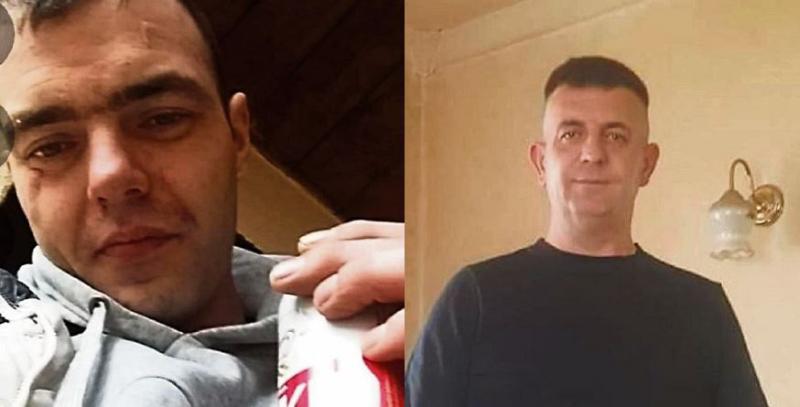 THE two men convicted in connection with an attack in Edenderry which resulted in a construction worker losing more than half a finger are now in custody awaiting sentence.

A jury found Craig Connolly (30), Kinnefad, Edenderry, guilty of assaulting Keith Dunne, causing him serious harm, and he was also convicted of being in possession of a pull saw at the time of the offence on June 18, 2020.

A co-accused, Sean Dillon (42), St Brigid's Road, Edenderry, was also found guilty of assaulting Mr Dunne causing him serious harm, and it was the State's case that he acted in common design with Mr Connolly or aided and abetted the other defendant.

The guilty verdicts were returned after a seven-day trial at Tullamore Circuit Court where the jury heard that Kildare man Keith Dunne was attacked with a Japanese pull saw by Mr Connolly.

When Mr Connolly struck down on Mr Dunne's left hand it seriously injured several fingers, with the ring finger severed.

The finger was reattached at St James's Hospital but several months later it had to be amputated because of repeated infections.

Mr Connolly denied involvement in the assault and was wearing a Covid face mask and hood when he ran across the street and struck the victim with a 37cm blade but he was identified immediately by Mr Dunne.

There was also CCTV footage of a person crossing the road and then running back towards the direction they came from.

The jury heard Kevin White, BL, prosecuting, say that Mr Dillon's role was equivalent to a getaway driver in a bank robbery.

There was CCTV footage of a white van owned by Mr Dillon driving around the town centre in Edenderry before and after the attack.

The jury deliberated for about three hours before delivering the guilty verdicts and afterwards the court was told that while Mr Connolly had been in custody since June 23, 2020, Mr Dillon had been on bail awaiting the trial.

His defence counsel, Willie Hughes, BL, applied for the bail to be continued because Mr Dillon was the sole carer for his 79-year-old mother and he needed to put arrangements in place.

Mr Hughes said Mr Dillon had always answered his bail and though he had convictions for road traffic offences going back a long time, and a conviction for cannabis possession from last year, he had never been in custody.

The barrister added that Mr Dillon had a sister who was unable to look after his mother and he would have to make contact with half-brothers and half-sisters in Dublin to inform them of the developments in the trial.

Judge Keenan Johnson said Mr Dillon had been convicted of assault, causing serious harm, and that carried a maximum sentence of up to life imprisonment.

He noted that the State was objecting to bail. “I think I have to revoke bail in light of the jury's verdict,” said Judge Johnson.

He directed the preparation of a probation report for Mr Dillon in advance of a sentencing hearing on July 19.

He said he did not want to see Mr Dillon's family penalised as a result of his conviction and said he was sure the gardai would attempt to be of assistance.

John Shortt, SC, defending Mr Connolly (with Suzanne Dooner, BL) said he would be seeking instructions from the accused on the question of a probation report.

He also directed the preparation of a victim impact statement.