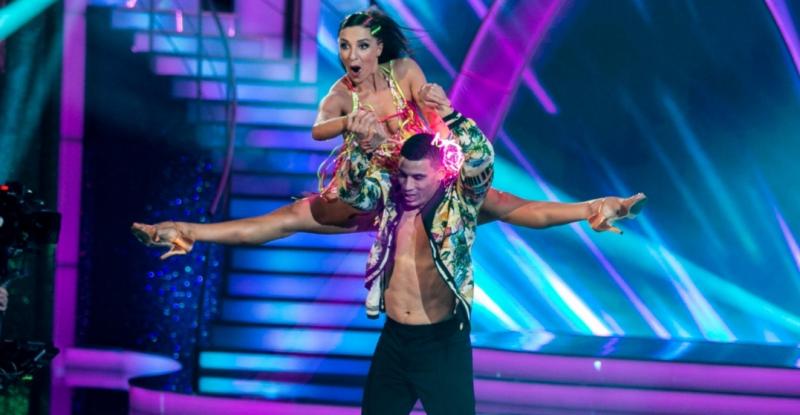 Tullamore rugby star Jordan Conroy has impressed and is second overall on the leaderboard after his RTE Dancing With The Stars debut.

The Ireland Rugby 7s try machine scored a big hit with the judges with his salsa.

The six remaining couples in this year's series took to the dancefloor for the first time on Sunday night.

Jordan Conroy and his professional partner Salome Chachua, who is new to the series this year, were the third couple on the floor. Their fun and energetic salsa was performed to Take You Dancing by Jason Derulo.

The judges were impressed.

Brian Redmond said:  “You’re not shy, you two.  Technical proficiencies.  Lifts were more like lifts from a showdance in the final.  Jordan you are the man.”

Loraine said:  “A lot to partnering skills and you need that for salsa.  Middle section had a lot of freedom in the body.  Bust a move and let more freedom into the body.  Tremendous start, wow, wow, wow.”

Arthur added: “Felt so real.  Incredible, it felt like a club.  First dance – those lifts, I salute you.  Hot, hot salsa.”

Speaking to presenter Nicky Byrne, Jordan said:  “I’m going to get roasted in the group chat.  First two weeks, I nearly broke down in frustration, but Salome said the steps will come easier.   Thankfully, I didn’t mess up too much.”

Jordan and Salome scored 22 points from the judges.

Jordan is the second Offaly contestant on this year's show. Edenderry comedian Neil Delamere performed in week one.

All 12 contestants will be on next week's show and one couple will be eliminated.