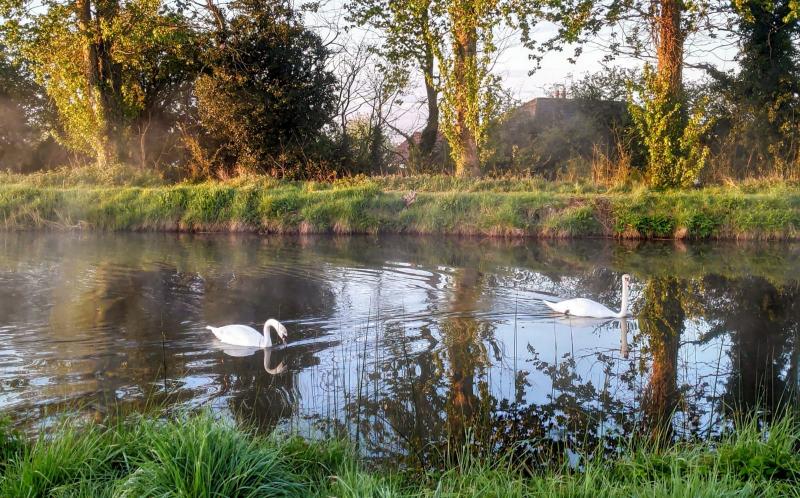 MORE than €1 million has been allocated by the Government for the development on Greenways along the Grand Canal in Offaly.

On Friday, the Minister for Transport Eamon Ryan confirmed that Transport Infrastructure Ireland (TII) has issued the Greenways and national road funding allocations totalling €676 million to local authorities for 2022.

TII is responsible for securing the provision of a safe and efficient road network and provides annual funding allocations to local authorities for this purpose. TII has also recently been assigned responsibility for Greenways.

Funding of circa €60 million has been allocated to around 40 Greenway projects across the country in 2022, in nearly every single county.

PROPERTY WATCH: Ten houses in Offaly that are for sale for less than €200,000

Significant Greenway investment is being directed at the border counties; Donegal is progressing a number of Greenways and Cavan, Monaghan, Leitrim and Louth are also receiving investment that will see an expansion of cross-border Greenways. Many local authorities are now working together to progress projects in their region. Cork and Waterford are developing a Mallow to Dungarvan route, and Sligo, Cavan and Leitrim are working with Fermanagh and Omagh District Council to develop the Collooney to Enniskillen route.

Minister Ryan said: “This funding will also support extensions of the Grand Canal Greenway in Offaly, Kildare and South Dublin, link the North Kerry Greenway to the Limerick Greenway, and join the Waterford to New Ross Greenway with the Waterford Greenway. We are moving into a new and exciting phase when more and more Greenways are being connected, with TII also developing a National Cycle Network.”

Minister Ryan continued: “I’m particularly happy that agreement has been reached on a Code of Best Practice for National and Regional Greenways. This Code has been agreed with the farming representative bodies and other stakeholders and provides us with an approved way to achieve voluntary land sales for Greenways where needed. Community buy-in is central to the future of our Greenways, which are one of the big success stories of rural Ireland. Greenways are a wonderful amenity for leisure and tourism, and they are also important for everyday journeys to school, work or the shops”

Minister of State Hildegarde Naughton T.D. said “The Galway to Dublin Greenway, a 330km car-free corridor between Galway and Dublin, linking the Atlantic coast to the East coast, has a particularly exciting focus in the funding being announced today. Counties including Meath, Kildare, Westmeath, Offaly will benefit from investment towards this project. Once complete, the Dublin-Galway project will provide both a local and national amenity for communities and visitors to enjoy while also supporting local business such as cafés, shops, B&Bs, camping sites and hotels.